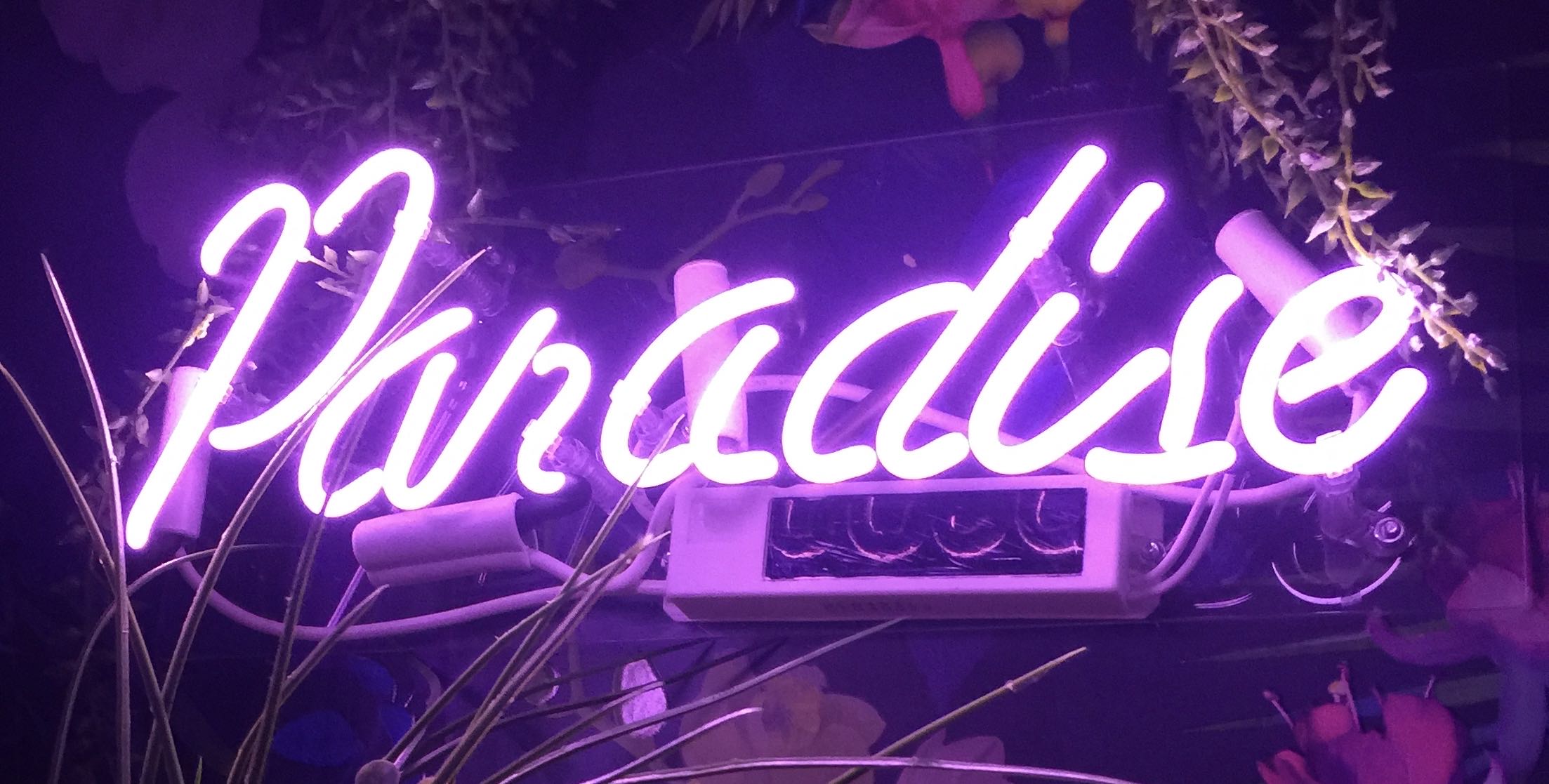 I was born and raised in the city of wind. Which by the way, isn’t so windy. I come from immigrant parents who came to America in search of an equal opportunity and that good old American dream. My parents went from neighborhood to neighborhood until finally settling in to the Irving Park area. This is a place of diversity and cultural abundance so I think it felt safe and homey. I, an overweight, but very cute girl, grew up worried about everything. I remember the movie Earthquake. Wondering, oh my god will this happen here ? Any disease I heard about, I feared I would catch. I once thought I was pregnant because a boy kissed me. I got up from bed one night, thinking I might have Lyme disease because I was going to camp in the day and a tick, surely got me. I feared. A lot. But no one ever knew. I kept the weirdness to myself. My dad worked long hours at a factory. My mom was an assistant to a lady. I never really knew what she did. I just know my mom worked for very wealthy people. They worked every day and didn’t have much time to bond with my younger brother and I. My mom made it a point to teach me to cook, how a young lady should act, to respect myself or others won’t respect me. She demanded that I remain a virgin until marriage. She once offered a party guest a pina colada. I was holding a tray of them and out of no where she says “they’re virgins, like my daughter “. Paint me mortified. I was in my 20’s at the time and celebrating my wedding shower. She was a great mom. But sometimes, very demanding. I can’t blame her. She didn’t want just any daughter. She wanted a mature, good cook, good future mom, good wife to precede her. I didn’t want to disappoint. I hope I haven’t. I am now a mom to two beautiful Female human beings. I am a wife to a handsome husband. I can cook, and very well, may I add. My dream is to come up with the right words one day. To type those words and have them immortalized. This is my first step. Thanks for the opportunity. 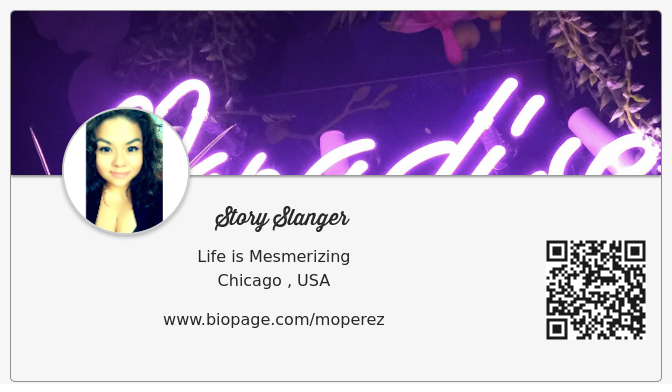 There is this woman I work for. The most generous person you will meet. She will cook for you, crochet you an afgan, bake you some brownies and offer you everything she has. All for the price of your sanity. I am a part time hair stylist at her beauty shop. The shop is located inside of a swanky retirement community. The proprietor has been at this location for twenty eight years. I have never met a more boastful human. She claims that she cooks better than anyone because she does it the “Greek way”, the “right way”. Whatever that means. She used to bake for the shop guests until one day. As one of our regulars was leaving, she stops at the door on her way out and asks if the owner had baked. What was she thinking ? After 28 years of doing so, how could she ask such a foolish question? “No, and don't ever ask me again!” Alas. That was it. Not another baked good would walk through those doors. Also, don't ever let her hear you “pop” or “snap” your gum. Or bite into a piece of hard candy. Don't ever dare call her by the short version of her American name. She would smite you to the ground and curse you until Tuesday. Don't even think to defend your actions or misunderstandings or ask questions about topics she finds “stupid”. Not a day goes by without hearing the tales of her worthless gambler, abuser of a husband. How her mother sold her off to him at the tender age of fourteen, for a container of peppers. He was twice her age. But she was just another unwanted mouth to feed which made it easy for her parents to agree to the pepper deal. She went to live with her new husband and his parents. She calls them the outlaws. Everyday with the joke about the outlaws. She cackles in her raspy smokers voice as if the joke had'nt been repeated numerous times in a week. She got knocked up by the old husband and remained his wife for over thirty years. Why did she stay married so long? Because she did not want to raise her three sons without a father. Nevermind the fact that he taught them nothing. Forget that he beat her in front of them. Pretend he didn't steal from her and her children. After a lot of begging, he finally permitted her to have a job. She would keep secret money stashed to make sure she had groceries at the very least. She tells the story of how his father raped her and threatened her childs life if she didn't keep it to herself. She talks about her many attempts at her own life. These stories are repeated like a broken record. How I envy the minds of our elderly clientelle. How fortunate for them to be able to either not hear because they dont have their hearing aids on or how they are able to forget from one moment to the next. I have tried to help. I went as far as obtaining marijuana for her to try. She loved it. But like with everything else, she has to find something wrong with all of it. She went on a European vacation with her two sons for ten days. I was looking forward to a happier, lighter, maybe a more peaceful atmosphere upon her return. But no. She came back to complain about all the horrible things that happened. Very little was said about any inkling of a good time she may have had. She believes she has to remember her past. She will not let it go. No matter how beautiful life is. She holds on to her sadness and wears it all over. Not just on her sleeve. I have come to understand that I will never understand her. I can only empathize and hope she finds peace one day.

It was an unauthorized meeting so to speak. I, married with children, he, while not married, was living with his high school sweetheart and their children. I remember a thrill come over me from seeing his message earlier that evening, inviting me to have a “quick drink”. It just so happens to be incredibly fun when we get together. Our short lived moments have always consisted of laughter. A special kind of belly ache, teary eyed, not for all, but very funny to us kind of humor that leaves me wanting more. I was looking forward to the great energy which my friend is known to deliver. I had enough time to shower and semi doll myself up for our drink. I felt good. I would go as far as saying I was feeling sexy. I arrived to find him already seated with a pint of some kind of ale. Looking as dapper as I tend to remember him. We greeted one another with a quick hug and carried onto stimulating conversation. For most of my life, I have felt strangely connected to this man. Something seems to pull us together. More than twenty years had passed since our high school days and here we were. While I prefer to keep it light and easy going, I couldn't ignore that I felt a disturbance in his force during our dialogue. Enough so that I was prompted to bluntly ask him, “are you happy?” He didn't answer. Instead, he looked profoundly into my eyes and placed a kiss on my lips. He had only done this on one other occasion, several years back, amongst a group of mutual friends. Oddly enough, no one noticed the stolen kiss, but me. It was never to be mentioned or spoken of. But I remember it. I am not quite sure what was said afterwards. I was overthinking it as I tend to do. After two or three beers, we were ready to call it a night. He walked me to my car and we said our goodbyes. I began to drive home when my phone rang. It was he. Requesting that I meet him, elsewhere. He would have to rush off somewhere to do undisclosed things but he wanted me to meet him for another “quick drink”. Since I was already in my neighborhood, I drove home and decided I would not remove my makeup. Instead, I wanted to see what might transpire. I recall my phone ringing about twenty minutes after I had arrived. It didn't take long to agree on another local watering hole. Minutes later, we were off to meet at the next destination. We walked in to find a woman heavily into her karaoke performace, belting out lyrics to “Edge of Seventeen” by Stevie Nicks. She was pretty good. I ordered a round of beers for my friend and I. Then it happened. He stood up, leaned over to my ear and whispered “I want to taste you”. Before I could ask, what exactly he meant, he was kissing me again. This time, it was notibly meaningful. It was no run of the mill kiss. It was one of those kisses that you read about. Those wherein time seems to stop. The room goes silent and we were the only two people on Earth. He kissed me with his breath, his eyes closed. There was very little tongue. Just wet enough, just gently enough, breathing into me what felt like his soul. I had never been kissed this way before. It felt magical. I remember hearing him say “I love you” while he continued pressing his lips onto mine. I said the words back to him, also, not ever separating my lips from his. He continued to explain, amidst the kissing, “you just don't know”, I smiled, I may have giggled a little bit but only from the euphoria I was experiencing at that moment. I felt drunk but not from the beers. The kiss went from the bar to outside the bar. On the city street, under neon lights. Where did it come from and why did he wait over two decades to go for it ? I didn't want it to end. What a sweet September night. I should have felt guilty but I didn't. I felt alive and loved. At one point I had to say, “we should go”. We bid eachother farewell, walked to our cars and drove away. This evening took place, several years ago. I often reminisce about it. I often wonder if he remembers the night in the way that I do. I see my friend from time to time. There is an energy. I can't put my finger on it but there is something there. What it is, I may never know. 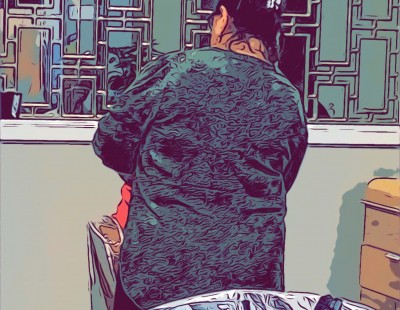 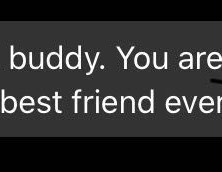 My Greatest Enemy Is Myself 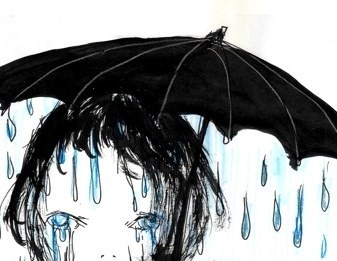 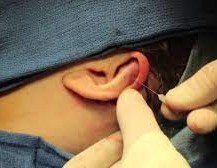