We can do this but only together

Chicago native, weight of the world on his shoulders, just trying to make a difference. 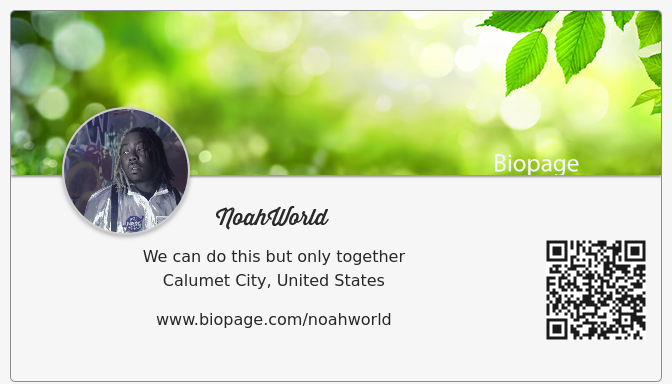 ‘Cough-cough!' my throat wheezed, waking me up at nearly 4am. I looked around and saw that mostly everyone was sleep. The few that were awake were staring at me. I breathed in, out, audible breaths that made me yearn for my asthma pump. I waited though, instead, rising to my bare feet. Usually, I was careful when I stood up, a particular dose of consideration for my neighbors above and beside me. They next bunk over was an arm's length away. In the dorms of Lincoln Correctional Facility, it was literally impossible to social distance. Five dorms filled with twenty people, totaling at one hundred people on a single wing. My legs felt heavy, as though I were wearing ankle weights. Because they were so weak, I grabbed onto the bunks, shaking them slightly, all carefulness thrown out the window. I went towards the light in the long hallway. My eyes were burning by the time I made it to the shared bathroom. “Feeling better bro?” I heard someone say. “Yeah, I'm good” I lied, the blood rushing to my head obscuring my vision. I honestly couldn't tell who had spoken to me. I sluggishly went over to the line of sinks, washing my hands in the steamy, boiling hot water that spilled from the faucet. I looked at my reflection in the mirror. Thick bags under my brown eyes, rough scraggly hair beginning to cover my face. “I just want to die” I said in a low voice, practically incoherent to the others who were in the common bathroom. I threw water in my face before I stalked back towards my dorm. There were others of course, in the hallway in front and behind me. But the noises are what got to me. People coughing and sneezing. Like its honestly possible that everyone on that wing had covid and yet nothing was being done about it. When I made it back to my bed area, I lay down, shivering slightly. I think more than anything I was sad. My outdate was less than two weeks away and before I come home, I get sick. I was so disappointed in the system, mainly because I wasn't the only one going through the same thing. Instead of releasing the people who were already coming home, they would rather keep healthy people and put them in bunks next to sick people. But then again, in our society, felons or rather incarcerated individuals weren't even treated as second class citizens because technically we weren't citizens at all...just state property. As I lie down, it feels like someone is sitting on my chest. When I told the nursing staff about it, she gave me an ibuprophen. I took one along with a vitamin I had bought at commissary and took a weak puff from my asthma pump. It didn't do much, but it was enough relief to put me to sleep. My eyes softly closed and I suddenly I saw nothing but darkness. Darkness...until the light was suddenly turned on in the room and I felt a hand on my shoulder. I stirred, a small nurse standing before me in between the bunk beds. She reached down, wiping the thermometer across my forehead. “96” she soon said, turning away. So many questions popped into my head at that moment. Like how can you have covid, but not a fever? And for the people who did have fevers, was it possible that they didn't have covid? The weight of the world on my chest, I reached over to my small property boxed lined against the wall beneath my television. On its surface was a small notebook I kept handy. I kept hearing this one phrase, I repeated it over and over in my head. ‘I want to give up but I can't...this is not how my story ends' The words spilled onto the notebook's hard surface in blue ink. With those words I began to think of my time in prison, seven complete years at this point. I thought about the person I was when I started my journey, my battle with depression after I had gotten found guilty, the fights and hardships I had suffered especially the month I spent locked away in isolation. I though the sleepless nights, the starving, the occasional brutal treatment from the officers, literally everything I had been through because of my actions. Most of all, I remembered what had gotten me through. I looked at the composition notebook in my grasp. It was almost filled from cover to cover, my ugly handwriting littering every page. Throughout my entire time in prison I was writing, from books to short novels, movies, even music. Somewhere along the lines I forgot about that. I sat up, my thumping head resting in my palms. I was so tired; I just wanted to lay and sleep all day. Instead, I rose and went to the bathroom where I washed my face and brushed my teeth. I forced myself to eat. My stomach could only handle a peanut butter and jelly sandwich but it was enough. After I ate, I drank nearly a gallon of water. I didn't know that I was that thirsty until I started drinking. Suddenly, I could breathe better. That same day I went outside and I ran laps on the grassy patio. My lungs burned and my body screamed at me, but I just kept repeating the words I wrote. ‘This is not how my story ends' 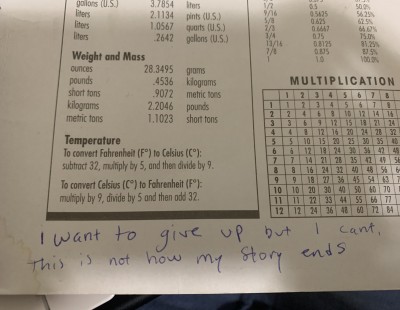 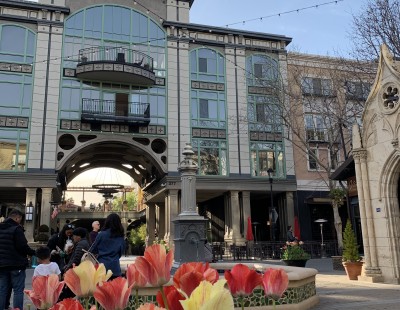 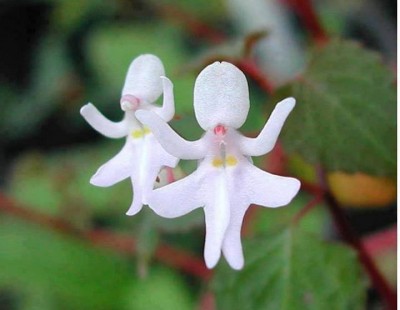