I am Christian Boahen. I was born in Ghana into a family of two siblings. Growing up, I was very adventurous, and I did a lot of things to scare my nerves. After my basic education, I took a bold decision to select one of the most selective high schools in my city: Kumasi. Prempeh college was the school for the astute and the elites in the city, but I am afraid my parents did not fall into that bracket. However, I believed that I can make a difference by getting into that school which was my dream school. It was my dream school because I knew it was impossible to get in, but nothing prevented me from dreaming, I dreamt and now I am an alumna of the school. After completing my three-year high school term, I retired to being adventurous once gain. It was time for me to get into college, but I was zealous to get into an American college. I knew how difficult such a task was, but I was equally ready to accept it as any of my usual adventures. I wrote the SAT, after I took a gap year in the house to teach myself for the test. The result of the SAT was a disaster, so I had to retake the test if indeed I wanted to go to an American college. The person in me was ready for every sacrifice to get to where he wanted to go. After a difficult but a successful preparation, I rewrote the test, and I did well this time. I started the application for some schools, and I finally got into Duke Kunshan University (a joint venture with Duke University and China). I am now waiting to be called a sophomore in the next academic year after completing my first year in Duke Kunshan University. I am studying a liberal arts program, and I am hoping to major in economics.

My interest in writing grew when I was elected as the editor in chief for my school’s year magazine in 2015. I took the opportunity not only to improve my writing skills but also created a work that was loved by my year group and even the years beyond. I have written a lot of articles that have been published in most educational journals. Living in China, the Chinese politics and systems have also become interesting to me. I have written a lot of articles about Sino-foreign relations. My last work, the Sino-US relation My personal perspective, was selected for the Duke Sino-US center opening ceremony last year. This gave me a platform to speak on many events about Sino-US relations. My interest in international relations and Sino-US relations led to my success in the 2Ist century China daily Speech competition, which I came second out of the over 100 participants. I had the opportunity to speak on the anniversary conference of the Belt and Road Initiative in Hangzhou last March, and I spoke about being true to ourselves as people. Public speaking has also become part of me, and I have enjoyed the opportunity to have my views heard by people from all walks of life.

I am also a very talented sports man. I am the lead striker for my college’s male football team. I started playing football when I was a kid in Ghana. I played in the streets, city centers, and sports complexes. Last April, my college’s team competed in a Sino-foreign sports competition in Suzhou, and I was crowned with the golden boot as the top goal scorer of the tournament. My multi-talented nature has given rounded skill sets for almost every task that I have been given. And I am happy and always learning to become a better person of myself. 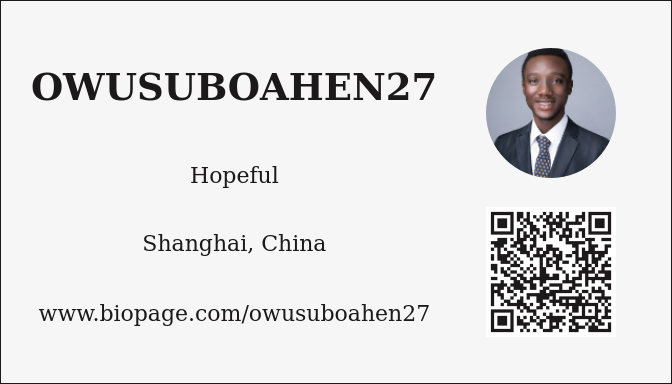 It was such a difficult trail to wake up early in the morning to catch a train from Suzhou to Beijing, but it was fun on the train. I arrived at the Suzhou train station with twenty-five of my classmates; all travelling to Beijing. Our tour guide showed up with an address to get us into excitement for the trip. After the usual checks, we were ready on the platform to get on board. Confused by the markings telling us our coaches, we ended up at the direct opposite end of the coach in which we were supposed to sit. We had to ran in order to catch the train. That was the first adventure that this trip was opening to us, and we equally enjoyed it, but the running was a pain for my weak ligaments. On the train I sat at the window seat and applied my face to the side, but the kid on my other side wanted to play with me. I enjoyed the ride playing with the kid, but he arrived earlier than I did. I thought it was time to have a nap only to have a slap from a train attendant telling me to pick my phone which had fallen on the aisle. Irritated by everything, the peaceful sound of the train's engine was the only thing I was enjoying at that moment. The train was approaching a stop, and I retired to the window to catch glimpses of my soon to becoming co-passengers. The glimpse of one passenger was more than a glimpse, because it sparked an argument within me. I was confused whether it was Javier Mascherano (formal Barcelona's player) or not. After everyone got on board, I walked to his coach to confirm for myself. Walking down from the sixth coach to the second coach, I met my confusion with a confirmation. I begged for a photo with him, and he was equally. This might be a good trip, I exclaimed, running back to my coach. I had a new energy for the trip as my friends were equally happy to see the picture. At 2 pm, we arrived in Beijing to a warm and peaceful atmosphere. So tired and exhausted, I was crying for food. A Burger King near saved the day, but it was not enough for my day-long hunger. Our tour guard, Ada, started telling us the history of Beijing, and that got us excited. Denied of enough rest, we headed towards our first destination, The Temple of Heaven. The Temple of Heaven was a peaceful sight to behold; it had visitors from around the world trooping in to see the beauty and brilliance of such an ancient Chinese architecture. The beautiful architecture of the Temple confirmed the braveness and creativity of the Chinese people. The beauty of the temple stole my hunger; I was not hungry anymore. I was so impressed by the splendor of the edifice, because it was so beautiful to be built in those days with little or no technology. I took pictures with my friends and some other visitors while we toured the temple. We toured more than enough till our legs and stomachs were failing; we were very tired and hungry. By 5:30 we were sitting in a local restaurant waiting to be served the famous "Beijing Kaoyan". After spicing our taste with some appetizers, the "Beijing Kaoyan" was presented to us on a beautiful tray, and its aroma filled the room. The response on my face was what a friend captured as the "solace feeling". The next day was going to be a journey to the Great Wall, and I was convinced I needed a great rest. The breakfast in the morning was great for such a journey. The city was busy, but the traffic was friendly. After about forty minutes of driving, we arrived at the forecourt of the great wall. I had my ticket after joining a very long queue, and I was ready for the experience on the wall. My bravery was tested in the first few minutes of the adventure. I took the wrong shoes, I never stopped slipping, but it was the great wall, so I needed a brave heart, I kept moving. After helping to pull some dying friends, I reached at the mouth of the wall, and I was proud for making that height. But little did I know of the portions of the wall that I was so scared to even behold how much more to climb. Unfortunately, I was in the company of adventurous friends who were willing to do anything to scare their nerves. I consented to climbing one of the highest mouths of the wall. After taking random pictures from any angle we saw appealing, we were all ready to climb. Although scared to death, I was acting brave. The sun was directly against our sweating skin as we crawled on. We shouted at each other not to look back, because it was so frightening. I don't want to climb anymore, I insisted, after we had climbed for about thirty minutes. This time we all agreed in unison and decided to descend; the wall was so great for us to conquer especially on such a day that we were so tired. My slipping shoes didn't allow me to go first, but the posture of my shaking friends pushed me; they were scared. When I reached the feet of the wall after about 20 minutes, I was convinced that, the builders of the wall should equally be celebrated for their work the same way we celebrate the beauty of their making: The Great Wall.

Beautiful Are The Brave 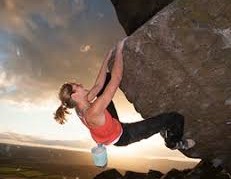