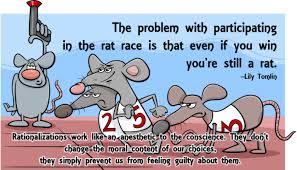 Lily Tomlin said, "The trouble with the rat race is that even if you win, you're still a rat." Funny, right? But with more thought, it is not. It is rather saddening as that statement holds a lot of futility in it. Unless. We look at it from another perspective. What is the ultimate goal of the rat race? To make the winning rat become a cat or a human being? Definitely not. The race is not a race to change a rat to what it is not. Neither is it to condemn the losers to a rat life because they have always been rats. What then is the ultimate goal? To run. The only loser is the rat that does not join the race at all. THE RAT RACE; NEGATIVE ALWAYS? The experiences of human living in the pursuit of wealth, happiness, comfort, and other things have been likened to a rat race. Negatively, most times. "Life is a rat race" has been used to connote frantic pursuit, dangerous competition and one-targeted endings in which there is only one winner. When 'advising' people to rest and not be stressed, it is common to hear sayings like, "don't get caught up in the rat race", " you are losing yourself in the rat race", "chill out, you still remain a rat even if you win the rat race". And somehow, these sayings get people to indeed relax and settle. We could not be more wrong. TO RUN IS TO LIVE. Living life is not about what the end game is. It is first and foremost about living. Living is running and running is living. Even a stagnant river becomes stale and dries up. No human should be deprived of the run, of living. Maybe it matters what he is living for but most important is that he wants to live. The moment a rat ceases to run for or towards or away from something, it is either dead or ready to die. It has to run for fun, run towards food and drink, run away from danger, just... Run. The same with humans. We just have to run (that is, live). Live for ourselves and others, live towards achievements and fulfillments, live away from dangers and troubles, just... Live. MODIFICATIONS TO THE RUN The 'preaching' should not be to avoid or get out of the rat race. Rather, it should be to plunge into it. Perhaps with certain modifications such as: 1. Running with or without others: there is no law that mandates a rat to only run when others are running. In living, every human can choose to live even if others are choosing not to. If the run is to avoid danger, it is not a crime to run when others are running. 2. Running in another direction: in escaping danger, if one rat decides to run in the opposite direction, it is either being foolish OR it knows something that others do not know. Any man who by virtue of his knowledge or skills chooses to run in the opposite direction should not be mocked or made to feel inferior. If he is wrong, he learns. If he is right, he still learns. 3. Running at your own pace: the rat race has a tendency to push rats along paces brought on by the race of other rats. This is the negative aspect of the rat race that we often major on. That frantic pace brought on by other rats running. This should not stop us from running though. Rather, it should bring up the awareness in us that we can and we should run at our own pace. 4. Running on all feet or not: as humans, living has many aspects to it; social, financial, psychological. All of them have to be faced and this begs the question, "should we face all at once or take one at a time?" With these modifications and more, the run continues. This is because, the run IS the life. THE RAT RACE: WHAT IS THE END? What lies at the end of the race is indeterminate. In the case of the rats, it could be cheese. The first rat to reach the cheese MAY meet it whole, other rats would arrive after bites have been taken by the earlier rats, the last rat may or may not meet any piece of cheese. But, in as much as it ran, it has lived just as much as the very first rat to reach the cheese. And yes, at the end of the rat race, both the first, last and other rats still remain rats. Which is what they are and this means, the next time there is a need to run again, they would run. The end of life for every human is indeterminate. No one knows how or when it would be or what lies at that point. But if we all run/live while alive and still remain humans at the end of the race/life, we have done well. It is assurance that if the opportunity to live again is granted us, we would live it fully. CONCLUSION So. Yes, at the end of the rat race of life, whether I win or not, the ultimate is that I ran and I still remained human at the end.

Is It Beautiful Over There, Zacharia? 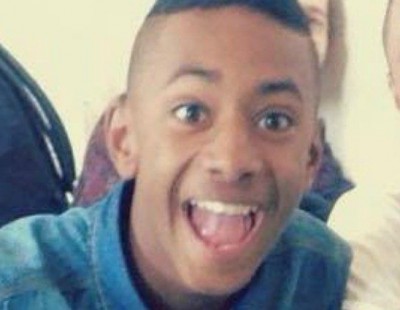 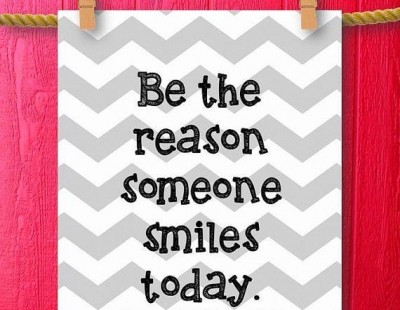