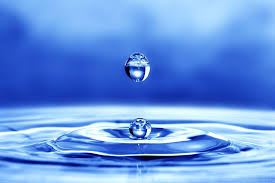 Who told you that dreams cannot be educative or enlightening? “Little drops of water make a mighty ocean”, a statement I'm very conversant with, yet did not come to the true understanding of it, until I had this dream, which I consider a “real life” dream. It happened that I wanted to transplant a flower to the backyard of my house, which had been layered with a cement floor. Setting to work, I marked out the area that I intended to break and till, hoping to accomplish my aim within the shortest time frame. With strength and might I unleashed my digger and spade on the impervious layer, hoping to break up the fallow ground and graft the plant before the sun is over the horizon. Unfortunately, after working furiously for about an hour, there was no tangible result. The concrete floor seems unyielding to my plea, neither was my weary hand interested in creating the staccato rhythm of digging again. Quenching my thirst, I spent another thirty minutes toiling with the floor, employing the best of my tactics and the full of my strength but to no avail. Finally, after another 30 minute of weary wrestling, my failing hands quit responding and I came to a halt. Looking down at the intangible result of my futile effort, I came to the conclusion that it was impossible to break up the floor. Four months later, looking down from the balcony, to my utmost surprise was a pool of water right at the spot where I had wanted to plant my flower, coming down to inspect it, I found out that a hole three times the intended area I mapped out, has been dug by a leaking tap and had filled it with water. Inspecting further, was another shocking discovery; just at the bank of the pool were some sprouting grasses, whose seeds have probably gotten there by the wind. Looking up, I exclaimed! “Little drops of water make a mighty ocean”, then I opened my eyes and lo! It was a dream, but the fact is that those little drops did not only fill a pool but created one and caused grasses to grow. Pondering over the dream I was able to pinpoint three distinct characteristics of these little drops of water that allowed it to perform such a fantastic result. The first thing I picked out from the ‘little drops of water' event was persistence. If every second there is a drop, then there would be sixty drops in every minute and 3600 drops in every hour, which is approximately a liter. This equates to a tenth of the force of impact made by a single blow of my digger. This was what went on continuously for 24 hours over a space of four months. Traversing down the lane, I began to imagine what would have happened if I had spent twenty minutes every day for a month to dig that ground; there is no iota of doubt that I would attain victory. Thus, it can be said that little persistent or continuous drops of water make a mighty ocean. Another thing is Focus; each drop of water was hitting the same mark. The term focus can be attributed to the water drops in the sense that every drop was in the same direction and fell on the same spot; millions of drops hit the same target. Looking backward I realized that throughout my attempt at breaking up the floor, I never made an impact up to five times on the same spot. Every single blow fell on a different spot with most out of range. Considering the matter, I saw that it would be difficult or improbable to achieve such a high precision; this made me do a rethink and I realized that I had chosen the wrong tool. To achieve one-point impact or a continuous single-point force like the water drops, I probably should have made use of a chisel and hammer and not a spade or digger for breaking. Therefore, I can now modify the statement to, persistent and directed little drops of water create a mighty ocean. The third factor that made that little drops of water able to achieve such feat can be traced to the property of water; its ability to lubricate or softens, and here lies the secret behind its success. Little drops of oil would create no pool, but rather litter the floor. Water is known to soften and break apart compact material by dissolving the binder and dislodging its components. This allows a little force, such as impact from the leakage drops and disturbance from the ripples, to break and expand the hole. Looking backward, I imagined how I would have easily accomplished my task if I had quenched the thirst of the ground when I quenched mine; I had not simplified my problem. Although a dream, the lessons I have learned from it have been my guiding principles since then and the characteristics of those little drops have been my approach and watchword in the face of any problem, which is; persistence, focus, and simplification.

The Storm That Saved Me 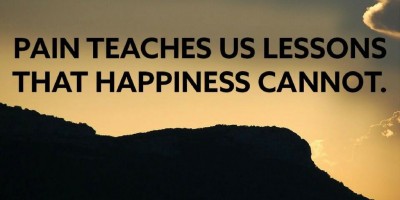