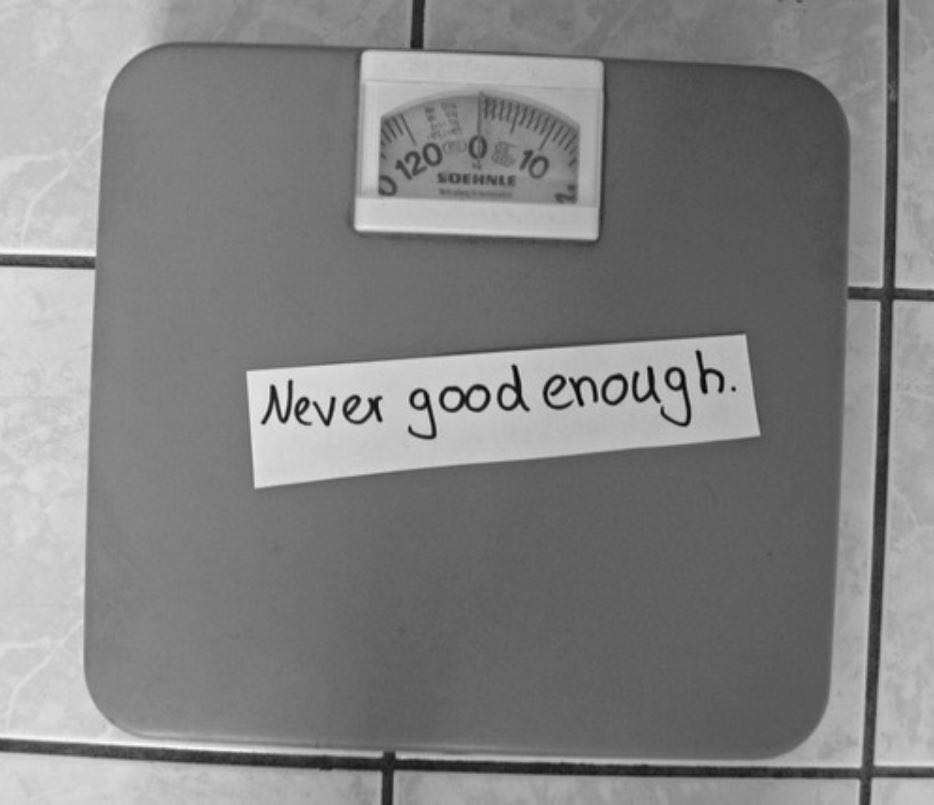 My mind is still a battlefield. The sides? Self-acceptance and self-hatred. The soldiers? Thoughts of the challenges I've overcome and thoughts of burying myself again in restrictions. The victor? It depends on the day. Anorexia, upon reflection, was inevitable. It took root when I was 8 years old and crying in bed because I thought I was fat. It blossomed when I was 10 after my dad commented that the mashed potatoes I was eating contained carbs, which would make me gain weight. It permeated my mind when a boy's eyes flitted over my body and told me I had big thighs. It began to guide my daily routine until people started to compliment my appearance. Then, it took over. Anorexia was never a voice in my head; it was more of a silent dictator. It rewarded me with an overwhelming feeling of satisfaction when my aunt compared me to a Barbie doll or my ex-boyfriend proudly exclaimed that I had the physique of a mannequin. It punished me when I disobeyed its orders. Even when I considered it my closest friend, I knew that it ruled me. I tried to "give it to God" so many times, but I was slowly destroying the body that He had given me. I stopped worshipping God because I had sold my soul to the scale. 130. 125. 120. High school graduation. 115.110. Holidays. 115. Compulsive exercise and starvation. 110. My mother's death. 105. Binges. Anxiety. Fear. Emptiness. Nothing. No emotion, no expression, nothing but the feeble cries of a body that was dying. I was dying, and I loved it. Here's the thing about Barbie dolls and mannequins though: they're incredibly fragile. And, like them, my body began to break from the blows anorexia had dealt it. My binges became frequent and aggressive. My body was trying so desperately to save itself that I felt compelled to eat anything in sight. Eating entire jars of nut butter or pints of ice cream became a regular, dreaded part of my daily routine. Even when I tried to throw up after finishing these monster meals, my body said "Hell no." I gained fat, muscle, more fear, more anxiety, and more support as I told more and more people about the demon that had dominated my life since I was 8 years old. Then, a miracle: my body began to regenerate. I slept for 10 hours each night. My period came back. I reluctantly began seeing a dietitian. A therapist came soon after. And the whole time, the number on the scale rose. Starvation didn't work anymore. I was a different shape physically, but my hatred remained unchanged. I hated myself through the pounds I lost, and I hated myself through the pounds I gained. And here I am, finally physically well and mentally sound, but still battling this mass of hatred in my chest. Do I hate myself? Maybe I can't decide where the hatred should really go. I could direct it toward my mom, but she only wanted to feel more beautiful. She didn't know that the medicine she took after undergoing cosmetic surgery would ultimately kill her. I could use the hatred to attack the society that pressured both of us to strive towards unattainable standards, but that wouldn't bring me real relief. I could talk through the hatred objectively with a therapist over thousands of appointments, but that wouldn't make it dissipate. I could take to social media in search of wisdom to diffuse the hatred, but the words of comfort bounce right off. So my immediate impulse is to internalize the hatred, aiming it inward towards myself. Eat a little less, move a little more, because those are the instructions anorexia sometimes still whispers when self-acceptance seems to be losing the battle. Maybe skip a meal. Or a day. A few days. Never eat again. If I shrank physically, maybe my feelings would shrink too. My mind was too exhausted to dwell on emotional pain when it was fighting to feed itself. That was nice. Sometimes I miss being numb. But, as I said, my Barbie body broke. My present and future are now undeniably human. Starvation wouldn't shrink me. I would remain the same size, and the hatred would only grow. A body that doesn't cooperate is an easy target for hatred. I can't go back to that; I won't go back to that. Of course, as self-hatred and self-acceptance continue to wage war, I also have to recognize that I own the battlefield. I supply the artillery for both sides, so I can determine the outcome of the battle. I choose self-acceptance. And, so help me God, it will be victorious. 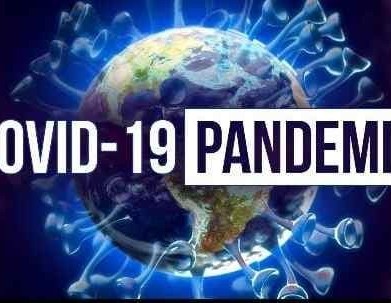 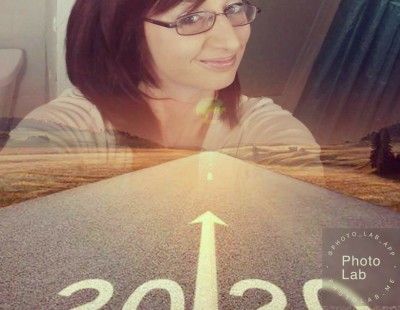