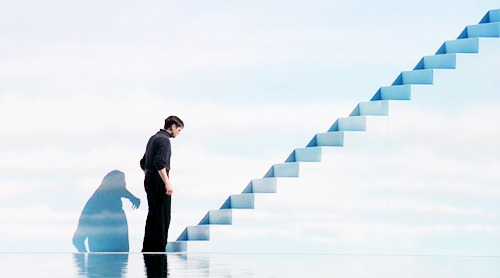 On Saturday mornings, I sleep in. So when my dad called and jolted me from a blissful dream, I wanted nothing more than to silence the phone and shove my head under the covers. Instead, I answered. “You need to come to Grandpa's,” Dad said. “Mom and Rachel too.” Three weeks earlier, Grandpa had undergone back surgery. After a short hospital stay, he returned home where he spent his recovery in a recliner, watching baseball or one of the British crime shows he adores. Whenever he needed to move around he used a walker. Except at the staircase. Since I was born, my grandparents lived five minutes away. I see them at least once a month. As a child, Grandpa and I played chess, watched Spongebob, and sometimes just read. As he got older, he stopped playing chess, a mechanical chair took him between stories, pain from the operation interrupted his reading. His age was showing. When we arrived on that Saturday morning, Grandpa lay at the foot of the stairs, having fallen during the transition from walker to chair. Dad turned to us. Grandpa was fine, no pain—except for when he moved. Dad suggested lifting him, but we risked injuring his back. With heavy hearts, we dialed 9-1-1. A firetruck and an ambulance parked outside. The paramedics plopped Grandpa in the chair. After a suggestion that he go to the hospital, Grandpa said he was fine and walked around the room to prove so. Everything seemed tidied up, packaged with a little red bow. As Grandpa ascended the steps, the chair's engine whirring in the background, my family gathered downstairs in a circle and collectively let out a sigh of— “Jimmy!” Grandpa said. “What?” Dad asked, moving toward the stairs. All of us moved in slow motion. Grandpa's voice was strained. Dad rounded the banister, peered up those steep and towering steps before sprinting upstairs. The next couple of seconds fly by. The room's mustiness reaches me. The air is hot, stuffy. “Eric,” Dad said, bringing me back, “help.” At the top of the steps stood Dad, arms hooked beneath Grandpa's armpits, both men grunting. Blocking out my mom, sister, and grandma, I mounted those steps and paused beside Dad, unsure of what to do. Unsure of how to help. Sweat stained both their foreheads. Grandpa had it worse. His knees shook and his face turned red. Dad strained to raise him. Grandpa did his part, gripping the railing. I grabbed Grandpa's left arm, and pulling as hard as we could, Dad and I dragged him high enough to stand. Except he couldn't. His knee was too weak. He got one leg under him, but the other dangled uselessly to the side. “Call them back,” Dad shouted downstairs, his voice like the scream of an animal fighting for its life. Mom ran out in the street, waving down the paramedics who had just left. Grandma picked up the cell phone and dialed them again. Dad grunted, hoisted Grandpa further. “You have to get your feet under you,” he said. “I'm trying,” Grandpa said, gasping for air. “What should we do?” I asked, trying to remain calm, trying not to panic. Dad ignored me, his eyes went wide. “No!” He sounded hollow, like you do when you're on the verge of tears. Then came the roar—a deep, guttural cracking of machinery, crunching of bone. Grandpa's head lolled forward, his entire body went limp, held up only by Dad and I. He snored again. All of a sudden, that “No!” made sense. Dad thought his own father was on his way out. But how could Grandpa—the man who watched cartoons with me, played chess with me, read with me—how could he be dying? He can't be dying. Please. Without a word, Dad pivoted to the side. We lay Grandpa on the carpet. People talk about death like it's peaceful, like the person is just sleeping. Grandpa didn't look peaceful, he looked like he was having a nightmare. I stepped in the other room, took a deep breath, my chest fluttered, my head dizzied. When I came back, Grandpa's eyes were flickering awake. I kneeled beside him. “Today was supposed to be a good day,” he said, gazing past me, above me, somewhere beyond. “I had the Dodgers recorded.” - The paramedics took him to a hospital. He had an infection. After he healed, he was worse off than when he got out of surgery. We decided on increased physical therapy, and while Dad fought for him to move into a one-story, Grandpa had planned on dying in that house and wasn't willing to throw that plan away. After months of physical therapy and many nights spent sleeping in his recliner, Grandpa managed to ditch the walker in favor of a cane. Those months were grueling, low points during the time when life should be filled with grandkids and laughter and bingo and reading. But he made it, and today, he's back to his usual self. One day after we visited, Grandma walked us to the door and told us about tickets for a cruise next year. “It'll be fun,” she said. “Now Grandpa and I only gotta make it one more year.” I hope their cruise goes as planned. I love them. I don't know life without them. 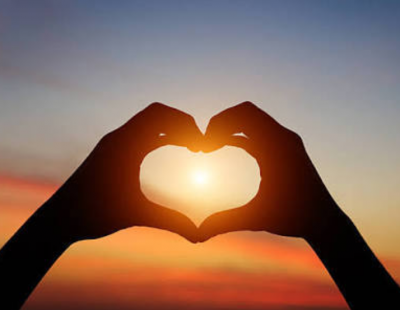 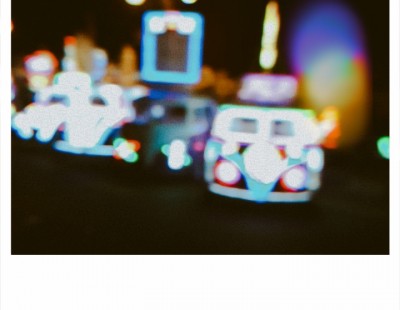