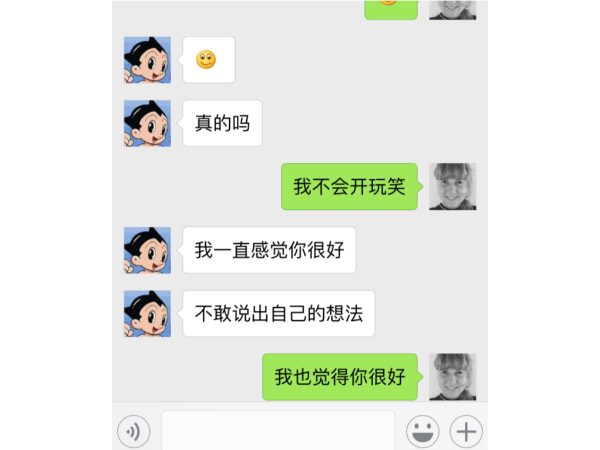 “Can we be friends?” I stared at the seemingly ominous message sitting in my inbox on the Chinese dating website. Since arriving in China over a year earlier, that question had popped up repeatedly. In my American culture, friendships are assumed to be platonic. So, the romantic undertones in the frequent messages sent to me by male "friends," were bewildering. However, by the time I sat in front of my computer reading this specific message, I had begun to have a vague idea about what that question meant. I took a deep breath and typed, “yes.” My online “friend,” whose English name was Joseph, began contacting me regularly. He was friendly, but I wasn't convinced a cross-cultural, long-distance relationship was a good idea. So, I never texted him first, and looked for ways to end our conversations early. “I don't understand it,” I told a Chinese teacher, as we sat together on the wooden pew during music rehearsals. “Why does he still contact me so much?” She shook her head, “American girls are pushy.” She leaned closer so she could be heard over the noise of the electric guitars. “By Chinese cultural standards, you're already showing interest.” She told me more. A girl should not initiate contact more than the guy does; the guy is responsible to directly ask the girl to be official; "friends" should be exclusive. My mind spun. In spite of my doubts, Joseph kept pursuing me hard. Sometimes, we had light, fun conversations - like about his plans to deal with the mouse problem in his parent's house. Other times, things went deeper, and he would ask, “What qualities do you want in a future spouse?” Then, out of the blue, he invited me to spend Lunar New Year with his family. “He's serious about you,” American friends told me. “He could be planning to propose." I wasn't convinced. A battle ensued in my mind for days. In the end, I knew I had to give him a chance. A couple weeks later, darkness had fallen around the high speed train, as it breezed smoothly down the tracks. Passengers kept sneaking glances at the foreigner, who couldn't seem to sit still. “Well, if nothing else, we'll get to celebrate the Chinese New Year,” my friend Ruth was traveling with me for safety. A blast of cold air hit us as the door opened at the stop. As we walked towards the entrance of the station, I lifted my head, and saw Joseph waving. He grinned. Joseph carried my suitcase, and helped us get settled into his uncle's car. His uncle greeted us from the driver's seat. Joseph handed us a paper bag with burgers inside. Ruth ate, but I couldn't. I stared out the window at the bright signs with Chinese characters lighting up the dark night. Between small talk, Joseph kept glancing at me. When we arrived at his family's house, his parents and sister ushered us into the house, where food was waiting. I picked up the chopsticks, and forced down rice and vegetables. During the five day visit, there were intense mountain hikes, conversations around the dinner table, and Chinese cooking lessons. However, one thing was obvious: Joseph was very distant. As we hiked, he would walk in front or behind, but never beside me. He was busy with other things, and I spent a lot of time by myself. Even though I know cultural differences were at play, I still could not imagine a scenario in which his behavior could be a good sign. Our return train was at 2:00 am, but Joseph insisted on taking us to the station. Sitting beside me in the drafty waiting room, Joseph said, “The time went so fast.” I rolled my eyes. I assumed he was just being polite. Getting on the train, I escaped to the safety of the hard sleeper for the overnight trip home. I slept for hours, and when I woke up, the tears were trickling down. After meeting him, I could see that he was good guy, but it obviously wasn't to be. However, it wasn't over. The communication from Joseph was just as warm as before, and one day, after passing a test, he texted, "It would be more fun if you could celebrate with me." I began to rethink that visit. Chinese acquaintances said that in expecting Joseph to do things the American way, I had misinterpreted his behavior. Time stretched on. Nine months in, we remained unofficial. So, I waited, wondering if other peoples' advice was wrong, and I was right. It was after midnight one night when I got the text: “Can I ask you something?” Then, my phone feel silent for several minutes. I stared at it. There was a long silence. Finally, it buzzed. “Will you be my girlfriend?” Unfortunately, misunderstandings often bring premature endings to cross-cultural relationships. Cultural differences impact much more than diet or holiday traditions. Culture can also shape our views on what is right and wrong. For this reason, cross cultural relationships can be a challenge. However, they are worth the fight. It is important to be patient, and seek advice before jumping to conclusions. Who knows? A guy who claims to be your "friend" may want to be your husband! 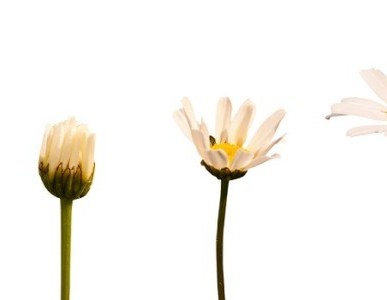 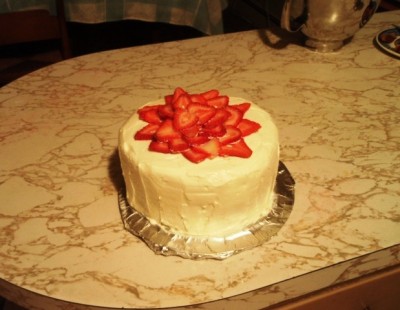