Sitting on the stool in Gran's kitchen. The fire is popping and crackling in the stove, and I edge my stool slightly closer to the good, cosy warmth as Gran pushes another block of wood in through the little blue stove door. The old black kettle is sitting on the heat and whistling away, really whistling like kettles do in stories, and I look across at the wooden door of the pantry where I know the biscuit jar lives. It's on one of the side shelves where it has been as long as I can remember. It wouldn't be right if it was moved anywhere else. "Go down to the chook pen and see if there are eggs, darling," Gran says, moving to the pantry and pulling out the jar just as I knew she would. We call them chooks because we're country people--she is, at least, and I am one at heart. Gran is the only person who ever calls me darling; she wouldn't seem like Gran if she didn't. She tells me to take as many biscuits as I like, and then she pours out Grandad's tea into the cup that he always, always uses. I jump off my stool, taking two biscuits to put into my pockets, and I go out into the porch to put on my shoes. Then I open the door and skip out along the stone path, through the gate and race down as fast as I can to the pen. There are no eggs; it's the biggest disappointment in the world while it lasts. The air is cold and smells good, and as I make my way back to the warm house the rain drops begin to fall. Of course, I don't run now. I've got to stand and lift up my head to catch raindrops on my tongue. When I open the creaky door to the kitchen and go to take my place on the stool, Grandad sits in his chair drinking tea. He's come from his study; it's his special Grandad place. Sometimes I go in there and look at the old picture of his grandmother that sits on his study table, or the one of his curly haired mother on his shelf. The chair he sits on has always been his chair, as long as I remember. I don't know how, exactly, but it's just the right chair for him and if he sat on any other chair he wouldn't seem so much like Grandad. "Can I please have a cup of tea, Gran?" I ask innocently, because I want to be grown up like her; it's fun to try grown up drinks when you're only six years old. "You drink tea?" Gran asks, and she looks shocked. But then she agrees and goes to the cupboard, sliding back the glass door, and takes one of the teacups off a hook. It's one of the tiny ones. It's much too small for a big girl like me, but I don't say anything, because it's Gran who is giving it to me and I wouldn't ever dare be cross at Gran. Now I'm sitting and looking out the window, and I really am cross because I'm not allowed to go outside; Gran says I'll catch cold if I go out now. But she's gone out herself, to lock up the chooks. And as I sit here brooding, alone, the curtain rod somehow comes down by itself and falls on my head, and I'm just sure my day couldn't get worse. But then I remember where I am; I'm at Gran and Grandad's, and it's the best place in the entire world. Later we'll eat tea and then there'll be dessert, and probably Grandad will play at the old piano that has lived in the house since he was six years old, like me. I'll have to sit listening for ten minutes, but I don't care, because to me, he's a master pianist and the piano doesn't sound out of tune and old. Maybe I'll get to have a go on the old accordion. Everything in the house is so much older than me, but I like it that way. It means that everything is familiar and cosy, like the fireplace and the kettle and the wonderful house itself. Grandad says it's good to be old, and Gran is always telling me how good it is to be a little girl like me, able to dance and run and jump and twirl around and around. They're both right. I just think we're all the best as we are; old and young, and in between … it wouldn't feel quite the same way if anything was changed. 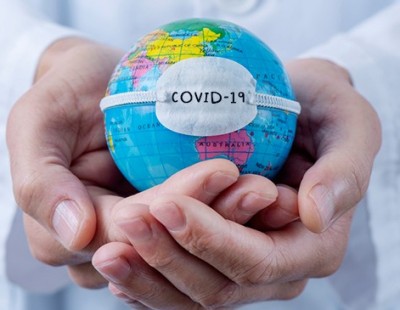 Your Worth , Your Capacity And What You Deserve.

How To Write The Perfect Social Media Bio 5 Essential Tips For Business Storytelling How Writing Makes You Happier, Smarter, and More Persuasive