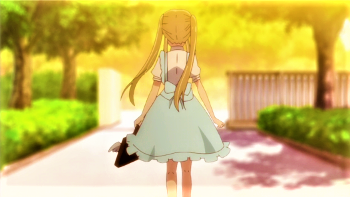 One of the snake-belliest crimes ever committed against girlkind took place on the playground at Dellview Elementary in San Antonio. It was 1967. I was 6 and dumb and somehow best friends with a popular girl everyone called Pretty Penney. I, personally, didn't mean anything by it. To me, she was more male than female. I liked the sound of her name. Penney liked being considered pretty. Penney was what people now call a ginger. She had flowing red hair that swelled past her shoulders, straight and true. She would always separate a patch of it from the rest and pin it so it hung as a cascade in the middle back. She had a mild case of freckles and blistering blue eyes that caught the sun. When the rays hit 'em just right, Penney's eyes rippled like the clean, chlorinated water in the deep end of a pool. She had a skinny frame and legs and her flower-print dresses hung loosely. Penney was perfect. I was a dope. I thought the way Penney misspelled her name was marvelous, with the “e” and “y” together to keep each other company. I'd never known anyone who did it, and she said she didn't know why her parents had. Sometimes even relatives got it wrong. We'd often walk home together. We'd call out the makes and models of cars passing by, share dumb jokes, push each other playfully, compare notes on TV shows we liked, real boy-boy stuff. Penney and I were unlikely pals. Her friends were the haughty, nasty type. I was a boy, and that was a fine line that, in truth, cut both ways. Looking back, I think Penney was finer than the line, one of those people who transcended the fray. I wasn't fine or above or beyond anything. Not often, Penney would bust out the girl talk -- how her toes ached from ballet practice, exhaustive details about the doll army she benevolently commanded -- and I shocked myself by being captivated. Those were the times her eyes would flash from cornflower blue to some undocumented hue approaching violet. It was one of those flashes that did us in. I never thought of Penney as a girl until the day I did. It was a hammer blow, losing Pretty Penney to uncontrollable urges. It wasn't her fault. She didn't know what to make of a kid who had suddenly gone mute. I still saw Penney around, and we'd acknowledge one another with a shy dipping of the eyes and a “hello” hand -- you know, where it's not up by your shoulder but down near your hip. We never spoke again. 🔳 The day I call Doomsday at Dellview was the sort where you could see people's breath forming clouds when they talked. Everybody was restless and jumpy and trying to keep warm. Toward the end of recess, my friends started chunking rocks at Penney and her crew, who were balanced atop a metal jungle gym. It started innocently enough, as thuggish rock attacks go, but escalated into a barrage as more boys joined in. One stone hit a girl in the head and opened a gash. Another girl fell off the tower and injured her arm, which she had to wear in a sling for a while. I didn't throw anything. I hung back about 100 feet, crowing like a loon and egging on my pals. Soon enough, the playground sheriffs started rounding up outlaws, and I boomed for the school's back entrance. I was two steps away when one of the marshals blocked my path and wrangled me to the principal's office. The lady was boiling, and she pulled me along so roughly that my feet lost contact with the ground. Despite my protestations that I hadn't thrown rocks or tried to hurt anyone -- all true -- I was lumped in with the band of cretins and cutthroats who had. I was a creep, but there are levels and sublevels of creephood. The principal was a peppery little man with a short fuse and a sharp bark, and nobody much cared for him. During lunch break, he'd shimmy from table to table, lurking, lurking, lurking, then pouncing at the first sign of real or perceived misbehavior. To us first-graders, he was God, but more Old Testament than New. He was about 5-foot-4, and he wore a pair of glasses with those thick, jet-black frames that were common then. He was not one to back away from justice served swift and sure, and damn the verdict. This was back in the days when educators could beat kids with sticks and not have to wear orange jumpsuits, and this pygmy sour apple proceeded to administer three stinging wallops to me and to each of my friends. After that, we were told to sit on our sorry, throbbing asses and wait for our parents. My stepfather was not an empathetic man, but I somehow dodged the lash on Doomsday. It wasn't logical or right. I had earned reprisal fair and square. I sweated it out for weeks before finally mopping my brow and saying Wheeeeew. While I didn't have to pay that particular piper, I paid dearly, and I would've traded a thousand whacks for what I lost. In all the days that followed Doomsday, Pretty Penney wouldn't look, speak or wave. When we passed, she would turn her blistering blue eyes away from me. 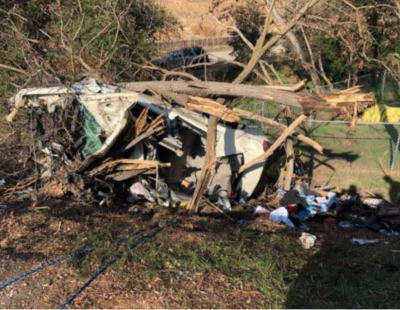 In A Socially Distanced World, Far Far Away 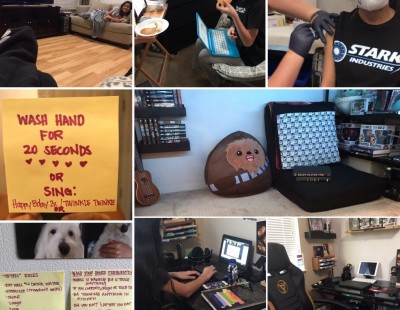