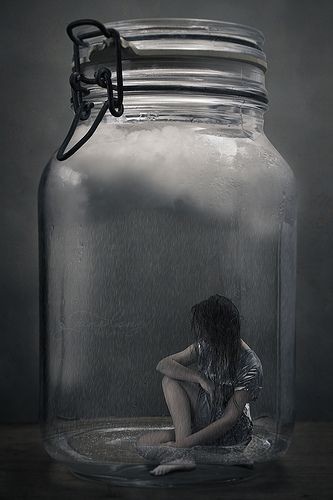 In a big life in which all kinds of dread & fear, sadness & imagining, love & joy, freedom & schism, dwelling & despair, dwelled in one of the lands where the sun does not sleep, its soul does not calm down, or its lights are extinguished, Between sand & sea, heaven & earth, good & evil, dust & life, sun & moon, splitting the light & its distance, between the planets & some of them, In another parallel world, in a dark room that has not been penetrated by the sun's rays for more than two months, I find myself sitting on the bed of imaginations, I got stuck again in one of my nightmares, I drowned in the ribs of one of my loved ones who the world decided to change, from my soldier, to my despair.Looking at the ceiling of my dark room, I can keep every scratch there as of my presence. I kept a chance for my soul to shrivel, there were no love to arouse it. I forgot how to pronounce letters from my silence. The struggle of my heart and mind returned, and my tears were falling from my heart before my eyes, My mind is about to explode from my many thoughts, Even my pens could not hide it. I was unable to sleep in a bed full of false hope. I would like to get out of that place, but even if I do, I will remain a prisoner in rooms filled with people whose faces I can only touch in my memory. At the beginning, I thought it could be fun, I would have liked to take a truce from this wild world, whose mercy did not dwell in the hearts of its inhabitants until I became terrified of being with them & afraid of their departure, I did not expect that I would delve deeper into my thoughts, as if I were digging a hole every day, adding a vacuum & filling it with air until I reached the end of the earth. I remember two months ago how much I radiated joy and light, I was loving everything & anything even my hatred. In my eyes, life was simple, you only need a cup of coffee, a book & some music. I was making stories keeping me alive, with people illuminating my heart. I listen to songs & walk on their tunes, read books & run away to their letters, make my pens move my life, wake up every day ready to spend this day with joy, Even if life decided to change the joy of today, but I would not let the day change my outlook on life.Until the epidemic intensified, the number of shouts increased& the funerals increased. With every news, I find my heart contracting terrified, so my mother decided that I would sit at home. For fear of me and my friend, I got a little stubborn at first, I knew it was the end. Because every time my end was saving me another world outside my room, it contained my disembodied wings warm embrace, and while there was no longer another world outside I decided to make one here, I did not know that it would end with the decision of my end.I spent the days and nights, and with each day that the sun disappeared, my sorrows appear, My memories gather, my skin whips me, my imaginations provoke me, and my hope decreases, my mind intensifies on my heart, and my tears decide to surrender and fall silently, perhaps it can say what my tongue could not say, but it became tears without letters, even my tears finished her alphabet.Everyday new piece of news appears, It scares me more than this world, so I wanted to leave it.I tried; to make myself distracted in anyway, talk to some of my friends, to search for a home in my house, because my homes were destroyed, but they decided to demolish it, so my heart became tired of my soul, just dust, With ashes of memories, it became a terrifying place, Even it was no longer easy for anyone to enter.My attempt to talk to people ends in failure& my conversation with people who did nothing but bleed my energy became a stressful thing& not all shame on them, I, later, preferred silence, even I forgot how to talk, but perhaps some inspires me with their shine, how they talk, my stalk to their vast is my thing, but it is all kept in my memory as a screen with winding faces. now, where is my inspiration? I don't know, maybe it was lost with the loss of the touch.I tried to sketch my words, or at least write it, because I lost the hope that one of my silent cries would be understood, whenever I try to say it my mind increase my disperse as if it is not allowed to anyone to understand, no longer understanding the complexities of mind Randomness even I do not understand what I write now, but all that is in my head is fighting& surviving, fighting everything around me, even me.And the more I tried to say, my passion decreased.It was only through me that I escaped to another world. I found in the way of salvation despair, no longer able to resist the waves, But at least there are ships that deliver me for a few minutes, in the end, I will remain alone in a wide sea filled with all the feelings of happiness, joy, sadness, despair, comfort and weakness, and others.But I will still spoil the waves until the end, or maybe the waves will decide my end.

Relax Along The Greene River Trail 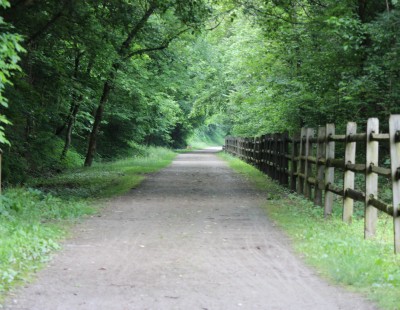