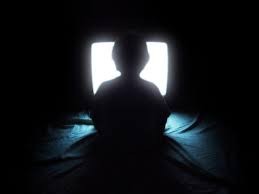 As a child you never notice the reality that plays around you. The broken playground in the backyard can be visualized as an evil lair, with the cracks that sail across the streets containing hot lava instead. In a darker sense, the arguments held in your parents room can be seen as the monsters you're always hiding from. There are a number of truths that lie behind a child's eye that become distorted for their own understanding of the situation. As a child I would always live in my head, a tv show would be running in there 24/7, where everyday was an episode and every major event that had happened in my life was a finale that would tie up the whole “season” together. The last season I created as a child was a major shift from the playfulness of the world to the actual reality of it. The season kicks off when I'm about 8 years old, living in an impoverished household. Though in my eyes, this so-called “house” was the main setting to my show. While I ran around the house, fighting henchmen and saving the world, my mom was in the kitchen cooking spaghetti. The smell of tomato sauce and boiling noodles roamed across the house, it consisted of the emotions you get on a warm, sunny day. What added on to that feeling was the fact that my mom was cooking which is something she does when her body isn't fighting against her. My Mother would stay in bed most days because of the aching pains she would feel all over, I never knew why and never really asked. As an 8 year old, all I really needed to know was whether she was sick or not, as long as my mom didn't feel sick that day I was fine. Either way, my step-dad was occupying the bed so my mom couldn't lay down even if she wanted to. About a good hour later my step-dad wakes up, already angry at the world but more specifically, my mom. It was almost out of nowhere, every step my step-dad took resembled an earthquake. The anger shown on his face reminded me of a monster I visualised before, I thought the monster was gone but it only came back stronger than ever. It was strange to view my step-dad that way knowing how delicate he was with my siblings and I. Stomping towards the kitchen, he yells gibberish to my mom, frightening her, as if she can see the monster I see as well. This episode played out differently, instead of me being the hero like I always am, this time I was simply experiencing this. I watched as the whole scene played out. My step-dad pulled my mom by her arm and into the garage. I could see her struggling to get out of his grip and failing over and over again. My step-dad placed my mother on a bed we had in the garage. I saw my mom crying, helpless from the attacks the monster brought on her. I sat there, letting the episode play out. My younger siblings eyes were wide, I could see the fear their facial expressions painted. “Mano, come to the room with us”, my sister screamed, holding my little brother's hand. “It's ok, go to the room and take Ricky with you.” The whole time my mom was getting hit I just sat there pretending like nothing was happening. I was used to hearing the fighting but I never witnessed it, then again it shouldn't be something a child should witness. After being hit jab after jab, she finally got my attention. “Mijo, call the cops!”. As soon as she said that I got up and it finally hit me, this wasn't a show I was just watching, it was real life. My step-dad finally stopped and gave me his phone telling me to call them as well. After I called 911 things calmed down and by the time the cops came, my siblings and I were as good as new, riding our bikes outside as if nothing happened. My mother told me that they took my step-dad to get some help, I saw him in the back of the cop car not being able to look us in the eye, the sad part was that I wanted him to be helped and come back to us, because even after looking at him like a monster, he was still my step-dad. Even after coming back, I still recognized a monster. That monster was the main antagonist for the season, and I lived with it, watching it affect my mom and my siblings for years. I wanted it to disappear, to leave my family alone, and to just let us be happy, but it was always lingering behind us. Until finally, CPS had come to the house and after a couple of visitations, they finally got rid of the monster, breaking a family apart as well. This season finale, it wasn't the one I wanted but it was the one I got. I wonder if the monster still lives in my step father, or if he finally became the dad I remember him being before this monster got a hold of him. Although my visualization of the world is no longer playful, it is still bright and hopeful. I try my best to take that childish view of the world and combine it with the reality, giving me space to dream big and see more than what is shown through reality. I just hope that vision never leaves my sight and I keep that vision no matter what's to come my way. 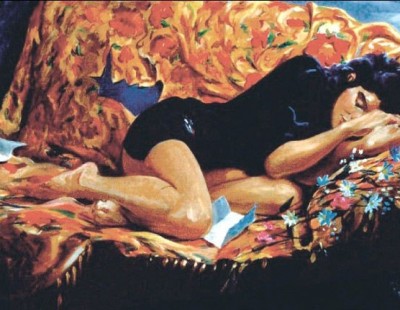 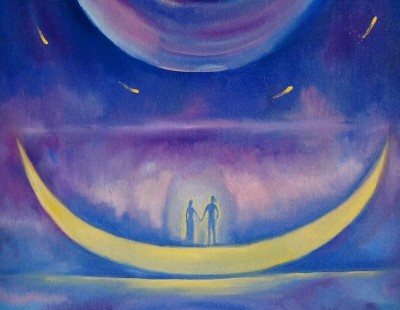