There's something special about Dubai that separates it from other cities around the world- it spoils you for everywhere else. Grand spectacles of display like fireworks, dancing fountains and lit up palm trees transform the desert to paradise. The imagery and stories behind each attraction weaves together to form an interconnected novel of exciting experiences. Dubai has the striking ability to dwarf every other city in magnitude and force when it comes to attractions and fanfare. The Gondolas at Dubai Shopping Festival will make a trip to Venice seem like visiting the shadow land of Plato's cave after living in the surface. Everything is taken up a notch, a 4 star hotel in Dubai provides better service than most 5 star hotels around the world, theme parks transport entrants to another universe and the city truly makes the best use of its accessibility to the sea by having some of the best beaches in the world full of water sports facilities as well as theme parks like Wild Wadi and Aquaventure. Dubai has a reputation of a city that knows how to spoil you, not just with luxury and convenience but also with diversity of company and experiences. Beaches, parks, museums and malls- it has the essentials of a vibrant cosmopolitan city, the financial centre and tourist haven of the Middle East. For a city where nearly everyone is an immigrant, one can't technically own property and everywhere around you seems too fantastic for comfort, there is a strange familiarity in the lights, the noise and bustle to the people who call the city home. There is comfort in the crowds, in the traffic jams and bright shimmering lights of this flashy city- it's the knowledge that one is indeed in the city of dreams, a city where opportunities are plentiful and that success is possible for those brave enough to chase the green light across the marina. Dubai is truly is a global city with 85% of the city's population being expats. However it's not just the population, it's the culture- Global Festival, an annual multicultural shopping and tourist extravaganza with its pavilions representing different nations not just embraces but celebrates diversity. The juxtaposition of Old Dubai with its ruinous aesthetic, souks rich with spices and vibrant colours contrasted with New Dubai replacing gold with steel, imposing glass mega structures standing tall and claiming sovereignty supported by ingenious scientific marvels like Masdar city. Somewhere in the midst of all of this is home. The primary essence of Dubai is built from dreams and fantasies; it's literally rubbing the genie's lamp and transporting your visions into reality- A land that was once a desert that depended on primitive industry is now an innovation powerhouse with driverless cars and ambitious megaprojects. The Hamdan Center for the Future of Investment initiated by the Crown Prince is one of the many proactive steps the state has taken to encourage growth of smart city, blockchain and robotic technologies to help usher in a new global technological revolution with Dubai spearheading its success. If you have the drive and zeal, Dubai is the city where your life begins. 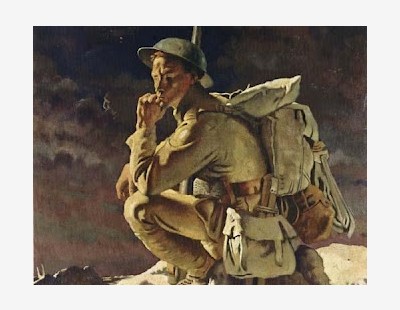