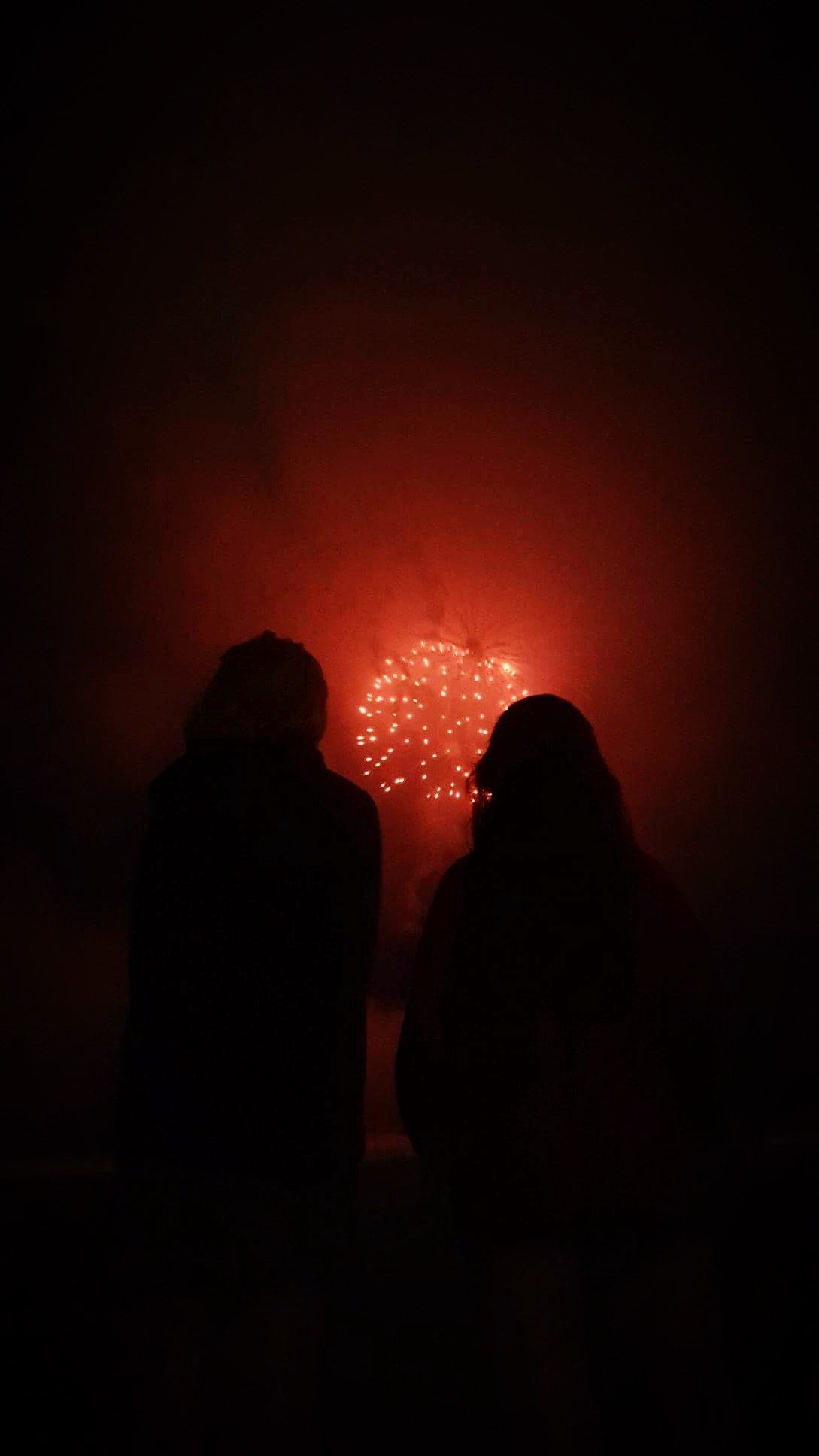 I remember a pouring rain, cleansing our souls as if it were holy water. I remember carelessly wiping streaks of makeup across our beauty stricken young faces. We'd just endured a night we thought to be so mundane, we had no clue the memory would stain itself into our brains for years to come. The 4th of July, what a holiday. A day dedicated to the craft of barbeque art and fireworks, these gigantic, beaming fireworks that left the ugliest asymmetric smoke clouds behind, lit by lightning from the storm that changed our friendship forever. Brielle, Courtney, and I had been friends for a majority of our lives. A memory so fond was bound to make its way into our little group at one point or another, but expect it, we did not. I was given the night off last minute from the Italian restaurant I worked in. In retrospect that was fate actively playing a role in my life, considering my boss had never thrown me such a bone before, and would never throw one again after that glorious night. Without as much as a second to consider it, I had Courtney on the phone, begging her to pick Brielle up and come to my house, where fireworks would be set off on the beach. They said yes, thank God. They came promptly and we took a walk through my tiny town, on a tiny island, within a tiny planet, inside a gaping open universe. We were so fucking small, but we felt as massive as the fireworks themselves, strolling past banal shops we knew like the back of our hands, laughing out echoing nothings in the dead center of existence. Sometimes I wonder about what pieces of my life I will remember vividly when I'm an old woman. What stories will I tell? Which friends will I refer back to? I wonder which moments will one day bring a glimmer to my eyes when I talk about them, and which ones I will keep tucked away in my thoughts. The night of 4th of July is one story I can already tell you will remain iconic until the day I die. What makes this night so important? It's not as much the night itself, but what pearls the night produced within us. Heavy storm clouds were rolling in on my tiny town, and each surrounding island postponed their firework festivities. A cancelled firework show was our biggest fear that night. That show felt like our lifeline. The sun tripped and fell beneath the shoreline and we made our way towards the boardwalk when the first drop of rain spritzed against my face. Another came, and another, until eventually water was all we could see. We ducked underneath awnings as we pushed ourselves to make the show on time, but the fear of no explosive sky celebration swirled inside my mind. We made it to the 43rd street boardwalk only to see an unbelievable number of people packed underneath a stray ceiling, waiting to see the fireworks. I veered at the beach, which normally scored thousands of beach towels and people on this night, and saw absolutely nobody. No one was on the beach. Already dripping wet, Brielle stared at the beach and back at the people hiding underneath the severed roof and said to us: “Let's just go on the beach.” Such a simple idea, yet no one else had come up with it. We nodded our heads and embraced the falling water in its entirety. It was rain, that was all it was, but everyone acted as though it was acid falling from the sky. We climbed up and down the lifeguard stand and did cartwheels in the sand, surrounded by the timeless sound of our own voices screaming out dares to one another, taking up as much space as we possibly could. And then, the first firework shot up. At this point the rain was undoubtedly coming down hard enough for my tiny town to cancel them, as did the surrounding islands, but they didn't. A significantly small group of people could even see, but the town said screw it and set them off anyway, just as we said screw it and watched them in a soaking wet state, spreading out along the beach's natural front row. Never in my life have I ever found myself in a setting so blatantly important, it was a visually obvious divide between the us and the them of the planet. Every single other person on that entire tiny island deemed the rain too unbearably wet to stoop down to the beach we found ourselves happily perched upon that night. They passed on maybe their only opportunity to bask in the gleam of lightning and fireworks up close, skin pruning in a perfect storm, they passed on their opportunity to even find out what makes such a scene appealing. It didn't matter how small the island was, it didn't matter how small we were, because inside of that singular instance, those fireworks were quite literally made for us. We remain confident to this day in saying that very few human beings have experienced such a beautiful, blunt moment, a moment that makes being in this life feel like a privilege and not a chore. It was the moment that told us how important we are, even in the scheme of the whole galaxy.

How to Write a Book and Get It Published 5 Essential Tips For Business Storytelling The resume is dead, the bio is king