I was so exhausted by the time my evil cabbie got me to the hotel that I decided to stay an extra night at the expensive hotel....because being up half the night was enough to seek a bed at any price!!!! I had to stay in Hanoi because of my desire to see the Perfume Pagoda and I had already paid for two days with the Hanoi Backpackers Hostel (lots of fun!!! I recommend it!) I got a refund on my Mt. Fansipan portion of the trip...and used that toward my tour, my room, and my hop on/off bus ticket down the coast! The cities that I chose were Danang, Hoi An, Nha Trang, and Saigon for $50. My tour of the Perfume Pagoda was eye-opening...we went on a rather long ride out of the city into a ghetto-type area...the poverty was just astonishing...the villagers in the Sapa area were better off than these people. There was a lot of flooding and some roads were just small lakes. Our driver drove like he stole the bus! We almost hit a dog, a lady on a bike, and we bottomed out when he took a pothole too fast which caused us to lose our spare tire. The driver tried to get it to fit in the back, it was too big for that, so he jerry-rigged it closed WITH STRING!!! A very nice Korean family (a couple and their grandfather) and I got to breathe in fumes and dust for the rest of the journey there...and back. I got the hook-up from the Koreans with cookies, Almond Roca, and drinks...they were prepared!!!! We got to the dock and there were women all over us trying to get us to buy this and that...the Koreans had to buy Cone Hats to block out the sun since there was no shade on our boats. They were very cute!!! The men had pink ribbons on theirs...hilarious! The scenery on the ride over to the base of the mountain was breath-taking, limestone karsts jutting out like teeth...our rower was in some kind of hurry and we passed the other boats. The butterflies were huge along the way...dark...and no, they weren't bats! The nets on the river were held afloat by empty plastic jugs...to catch dinner. The town at the base of the mountain was flooded and we were actually right above the sidewalks!! We got to a traffic jam of boats and the old Korean man almost fell into the water and we all had to help him up! The base of the stairs that go all the way up to the temple were ancient...just amazing to see! We toured the base Pagoda first and I got kicked out of the temple! I had forgotten to wear my zip away pants instead of my shorts...we had lunch before some of us took the cable car up the mountain and the others walked. Before we all went our separate ways the guide instructed us to stay away from the dogs and monkeys because they might bite!!! Nice. I was still sore from my homestay experience...and took the cable car up, but pride wouldn't let me take the car back down the mountain! We were so high up that it was almost difficult to look down. The cable cars were surprisingly modern! After a brief and painful walk, we entered the cavern...it was so huge!!!! We were allowed to take pictures of the Buddhas but we could not give the pictures away...we were told to hang onto the photos forever. The Buddhas were gorgeous! So gorgeous, they didn't need the neon halos with the hearts radiating from their heads...kind of tacky, but it's not my Pagoda. After a brief turn inside...I started my descent warily looking around for wild monkeys...there were hawkers everywhere, as well as trash, blue tarps covering what looked like homes without walls. People were selling photos of a caged red squirrels and a chained monkey...very sad. I sat down about half way and had a nice cold water with a lady and her baby...she was very sweet!!! I really wish that I hadn't lost all my photos. We made the trip back with the same rower...the guide rode with my group and he told us to give our rower a 10,000 dong tip...which is about, .75!!! The ride back was stinky but uneventful...and I returned to the Hanoi Backpacker Hostel for a space-age shower...the facilities were really clean for the amount of people that they served!!! 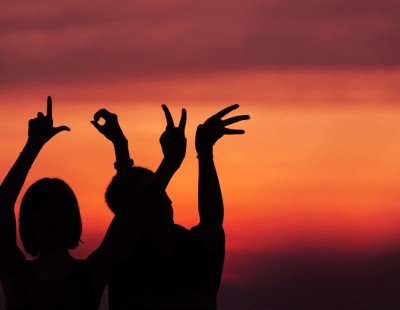