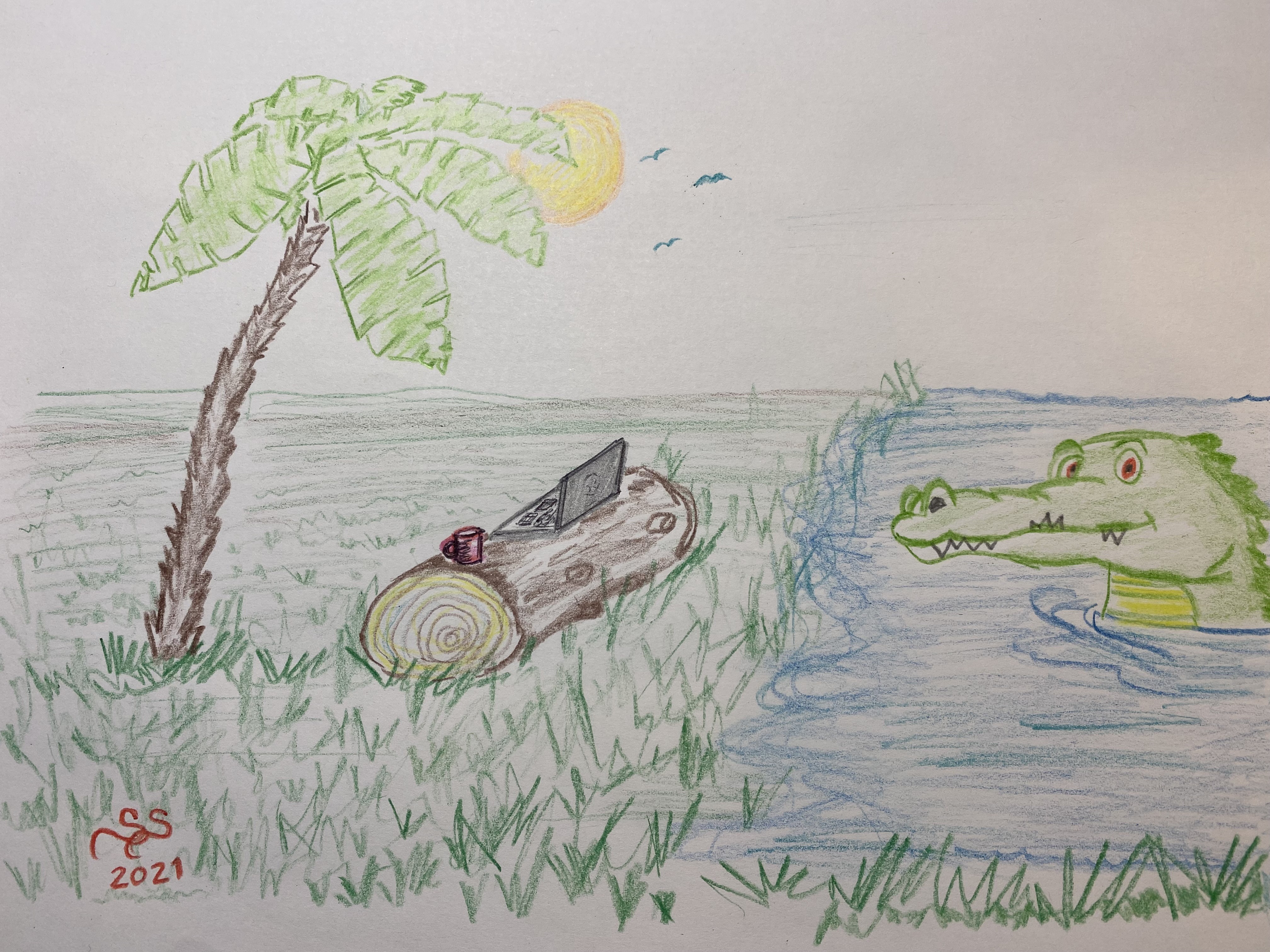 I have stacked copies of our company's guidelines for working from home where the missing leg of the cheap plastic chair once proudly stood, but the chair is still shaky. I have been telling my video clients that my Florida office is located right on top of a fault line in the neighboring state of California where such tremors are a common, daily occurrence this time of year, meaning year-round. It is a testament to the strength of our K-12 education and endurance of culturally inflicted geographical unawareness in this country that no one has questioned the validity of that statement. Florida borders California on the left, Canada to the north, and Mexico to the south. You never know when our prestigious high school education is going to play a crucial role in someone's career. Being outdoors have caused many technical issues. Especially on Thursdays, when we hang our laundry on the ethernet cable. It was a company requirement to have a hard wire connection. Otherwise, I'd be stealing Wi-Fi from the county jail down the street like everyone else. The county does change the password weekly, but one of the fine overgrown teenagers in the neighborhood is sure to go to jail every other day. So, the whole community has the updated password all the time. Because I was having issues constantly, with or without wet laundry hanging, and because the wired internet connection idea was theirs, my company set up a satellite IT office in my front yard, staffed by a technician around the clock to address my issues. I don't call tech support anymore. I just yell "help!" and the technician runs right over with the neighbor's two pit-bull dogs in hot pursuit. The technician is not only a well-trained network engineer, but he is also a very good runner. The company must train these guys extensively or hire only Olympic athletes. Even so, he had to get a few stitches last week when one of the dogs was able to catch up with him, but only because he tripped on our high-tech irrigation system which consists of a garden hose running from the kitchen window to the backyard. Having the technician camp out front has given my whole family such a renewed sense of security that I cancelled my security monitoring service agreement with my neighbor where we tied a long trigger wire rope to one of his dogs' tail at nights. We alternated nights with each dog. On Sundays when my neighbor drives his mother to church, they need both dogs to secure their own house to protect his extensive collection of vintage garbage bags, in case one of our many unscrupulous, sketchy neighbors was tempted. So, on Sundays, both dogs were on garbage detail. And they detailed the heck out of those garbage bags full of vintage garbage. And there were plenty of yelling and re-bagging of priceless garbage going on every Sunday afternoon when the neighbors came home from church. The good news was, because the dogs needed Sundays off, a raccoon, well known in the neighborhood for his mischievous escapades, got gainful employment, albeit part time, as our weekend security guard. The cancellation of the dog-powered alarm system saves me money because now I don't have to buy their owner a generic six pack of beer every week. The raccoon only worked for food, which he would have stolen anyway, so that is a net gain of zero dollars. He is still well-fed. While mostly a good thing, working outdoors does come with unique challenges in the form of wildlife and weather. Apparently, a raccoon perched on your shoulders is not a "professional look" for our company. The same goes for bird poop on our company shirt. Even when it lands smack in the middle of the company logo where color was sorely lacked. I personally thought it added an old-worldly charm and said, in vividly bright colors that only genuine bird poop can bring out: "we are one with nature", or "we are not a fashion, nor a fashionable company", depending on the bird dialect. I am an on-line medical interpreter, and as a professional linguist, I can appreciate these little nuances better than anyone. The weather is a harder pill to swallow. The constant howling of the wind and rain is sometimes perceived as words that no one uttered, causing many anecdotal issues, some leading to lawsuits which I am not allowed to talk about due to a 'gag order' as some cases are still under litigation. For those of you who are not professional linguists, or are not otherwise well-versed in legal jargon because they're not lawyers, judges or criminal entrepreneurs from the other side of the fence, I will pause here while you go and look up the words 'gag order' and 'litigation' in your favorite dictionary app. Or if you live in a different time zone, say 1970's, you can use an actual print dictionary. You know, like a book.

The Scars I Show 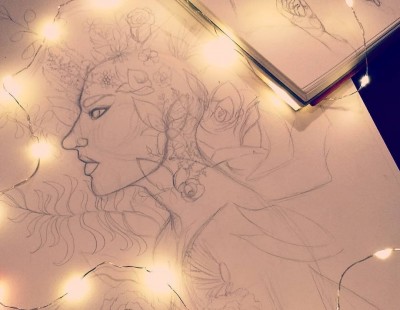 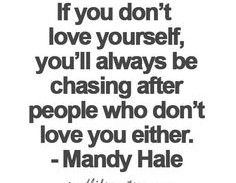