A man with a golden pun

Writing buff, which is why I'm a journalist. Lived in Chennai, India almost all of my 55 years. Raised on a diet of optimism. Nourished by carnatic music (south Indian. Fed by pen (keyboard). Travel-crazy (but traveled only 23 countries--many more to go, before I assume the horizontal), love my family of one wife, two children, mom. Handsome in dim light from a certain angle. 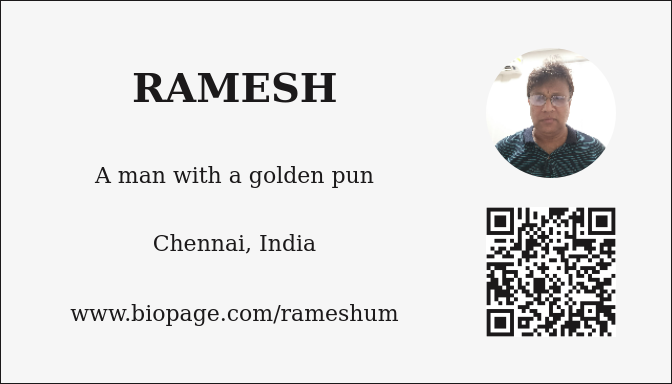 “Aamu!” The voice of my cousin Hari still rings in my ears. ‘Aamu' was the closest that he could get to pronouncing my short-name, Ramu. Congenital Down syndrome had given him many defects, including speech impairment. He loved me very much. (I have so often had to face unkind jokes that that was due to his being mentally retarded.) I lived in Chennai and would go to Salem to spend the holidays with the army of cousins, the youngest of whom was this jewel of the family. Handicapped he was, but not sombre. He was extremely extroverted, very outgoing, literally – he would wake up before most of us did, and if they had made the mistake of keeping the door unlocked, he would slip out of the house and get busy exploring the neighborhood. Before long, my aunt would miss him. The house would become a maelstrom of activity. Those waking up would be shouting others awake. Then we'd all go in different directions looking for him. One of us would eventually find him usually in deep conversation in his incomprehensible gibberish with some unfortunate auntie who may have come out to fetch milk or a grandpa on his morning walk, with the shocked person wondering about how to pull away from this half-naked, barefooted, personification of ebullience. Hari would receive a juicy one on the shoulder, but he would only giggle all the way back home. He loved the sound of drums. Processions are common in Salem—weddings, funerals etc. These processions are invariably led by a small band of pipers and drummers. Hari would hear the drums much before others. Before we would become aware of the sounds, he would have slunk out of the house and joined the procession. We would find him walking in lockstep with the drummer, regarding the instrument with a keen, professional interest. It would take some effort to haul the recalcitrant fellow back home. He couldn't speak but developed his own lingo with monosyllabic words cherry-picked from any of the languages floating around—his Kannada, Tamil or English. To this vocabulary he added words of his own invention. For instance, ‘akka maddi' meant ‘sister's wedding'. He used the word ‘yes' readily—he seemed to like the affirmative ring of the word. As he was supremely confident about himself, ‘yes' came in very handy. Poking fun at him we could ask he could speak French. “Yes,” he would say smugly. He had no idea what ‘French' was. After a few years, Hari's family moved to Chennai seeking better medical treatment. Hari was put in a school mentally-challenged children, where they made them do things like fitting objects of different shapes into corresponding holes. Once, I was to bring him back home from school. When he saw me at the gates he was delirious with joy and began screaming “Aamu! Aamu!” All the way back, he introduced me to perfect strangers in the streets as his ‘anna', or elder brother, feeling apparently that the relationship was worth flaunting. Some times, people would ask him for his name. “Aa yee”, he'd say proudly thumping his chest, and proceed to spell it out, leaving no room for doubt about his honorable name: “Etch, yeh, aah, I". His literacy ended with those four letters. Over time, he grew more mature. He could be trusted to go to a nearby shop by himself and fetch items listed in a piece of paper. He made himself useful at home, helping with washing, sweeping. Hari was 30 years old – as tall as a 6-year-old – when he got a ‘job'. A social body had set up a small unit to make dolls, employing only the mentally handicapped. The true purpose was only to make them feel good about themselves, so there was hardly anything to do. Hari's joy knew no bounds. He would carefully dress for work. They wouldn't let him use the electric iron, so he would press his dress with the flat bottom of a vessel. The exercise often leave the garment more crumpled than earlier, but Hari never knew that. When he got his first paycheck—for a measly 200 rupees—he nearly died of happiness. He showed the cheque to everybody, saying his lingo, that he'd use the money to fund his sister's wedding. As is typical of the mentally-challenged, Hari started ageing prematurely. He was in his early forties when his eyesight grew so weak that he had to squint to recognize an approaching person. His right eyelid drooped, his gait slowed. With energy diminishing, he lost interest in interacting with people. The memory I have of a particular day is indelible. I was visiting my aunt, and went to say hi to Hari. He was sitting on the cot, staring blankly ahead. He squinted, recognized me, but to my surprise, he waved me away. He had withdrawn so much into himself that he didn't want the company of even his dear ‘anna'. Then one day, I got a call. Hari was seriously ill. When I rushed to his bedside with some holy water from the temple, his body was throbbing. I introduced a few drops of the holy water between his lips. It was as though he had been waiting for only that. He died within seconds. 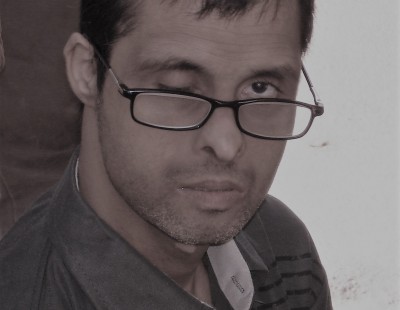 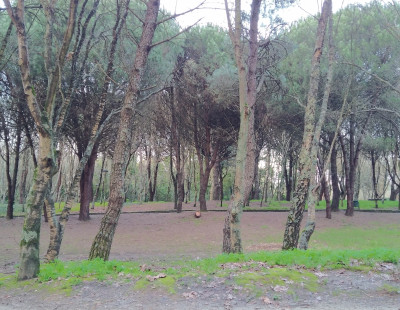 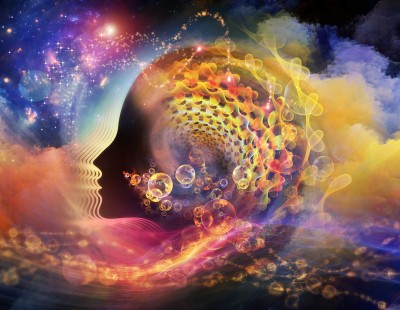 5 Crucial Elements for Writing Great Social Media Posts Encourage Writing: National Writing Project (NWP) What to do when you need a bio rather than a resume