Ever notice the Dark Side never mentions what *kind* of cookies it has?

A pizza-loving anthropology geek and culinary mad scientist, Sarah loves a good thesaurus (check out Power Thesaurus), is not allowed in pet stores on her own, and has somehow accidentally killed at least three book clubs. When she's not taking care of her ten pets (one dog, two cats, seven finches), she can be found accidentally on stage helping out culinary demos at conventions or scrolling through every page in a search result.

Dear Younger Me: Do You Remember How We Made Those Enchiladas That One Time?

Because I really don't. Jeremy's been asking me to make them again and I figure you're closer back in time, so you might know. If you don't, that's cool. It's not like we make a practice of taking notes when we cook. Maybe you're further back in time, pre-enchiladas. If you are, I definitely used chicken and tortillas, but after that you're on your own. Don't stress over the whats and the hows; we don't really think it's our best dish. And if you're wondering who Jeremy is: you'll get there. This gastronomic food road you're going down is quite the roller coaster, but the most difficult thing you're going to have to learn is how to cook and eat alone. In grad school, loneliness will become your world and—pun not originally intended—it's going to eat you up. (It won't spit you out, though. It has better table manners than that.) Your studio apartment, while a cozy hug, will suffocate you. Friends you love are moving on with their lives back home. You lose track of the family news. Getting to know people in this new city will feel arduous, and the friends you do make will not plug the black hole sucking you down the drain. You are going to feel so small. All that self-loathing and self-judgement you do now? That's not going to go away. In some ways, it'll get worse. For all you do to try to reach out, you'll fall flat. That year you will mostly sleep in a corner of your bed, surrounded by books and notes. Changing the sheets will require sorting through the stacks and figuring out which tomes are due back at the library. You only close the black-out blinds on mornings when you're hungover. When you come down with the worst flu bug in eternity over spring break, you will watch the 1996 Doctor Who movie for the first and only time, sending outraged texts about the offensive Asian stereotypes and the complete disregard for the entire Doctor Who canon. (And you will disrespect Paul McGann, only to feel horribly conflicted years later when he does a surprisingly strong mini-episode.) You will spend the year living off homemade stove-top stuffing and fried pizza dough. Experiments making peri-peri meringues and sriracha fudge will not go well. There is one sweet side to this sour gummy worm year, though. This is the year of you and your Phebe cat. You've already been together for seven years, but you've never been alone together. There have always been other people, other cats. The spaces you've lived in have never truly been yours. Phebe will be terrified of the windows. Maybe it's because your apartment building is taller than any of the other homes she's lived in; maybe it's because of the traffic. She will only get close if you bribe her with cat grass. You will start every morning together with coffee for you and milk for her. You will develop a fear of using your large chef knife when she's walking around your ankles. (What if you drop it?? Spoiler: you don't.) Multiple times throughout the winter, the fire alarm will go off in the middle of the night. You will have to lift the mattress to get her out from under the bed, then wait outside in the biting cold for the fire department to come and turn off the skull-jarring noise. Phebe will cling to you, and you will be silently aghast your next door neighbors never even try to get their cats out. As you get comfortable, you'll take lazy walks together down the apartment corridors in the middle of the night. Phebe will want to smell every inch of the carpet and will freeze at every sound; you'll want to bring your glass of wine or tea along with you. During the day, she'll sit on your lap, moving the trackpad while you try to type. At night, she'll curl up next to your belly, purring so loudly that you can't imagine another reality. She'll get so comfortable in her space, having you home with her almost all the time, that she'll get sick of you and actually come out of hiding when guests come over. She will develop a fascination with the bathtub and will want to play in it all the time with her ribbons. Obviously, it wasn't my original intention to go from enchiladas to writing a love letter to our cat. Don't worry, even though we're at least seven years out from your timeline, she's still here. More ornery, yes, and not thrilled with the fact that there is, once again, other cat around. Even less thrilled that I dared to welcome a dog into our home. (Being a dog parent is weird. I'll tell your more about that some other time.) But she still curls up in your lap and she still likes her quick lick of bovine lactations. She also enjoys getting some shredded chicken for dinner when I make enchiladas. Enchiladas. I shredded the chicken. Okay, that's one more thing I did. It's still not enough to recreate the recipe. And you know as well as I do that living up to a past success is stressful and difficult. Nerve-wracking. What if you can't get it right? Younger me, I'm sorry to inform you, but after you turn 33, you may never make enchiladas again. 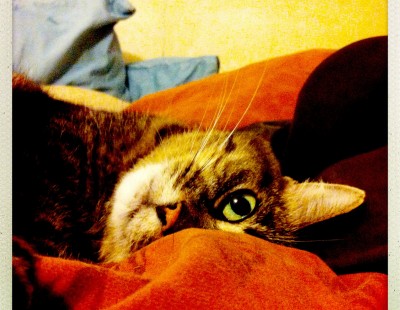 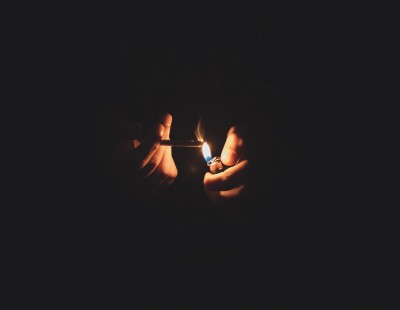 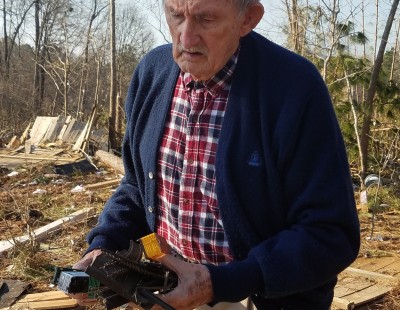