Take out time for the things which you love to do

I am a person who always tries to give her best 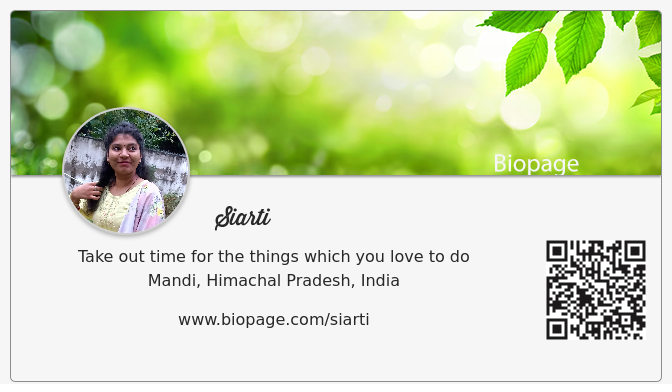 Life is that journey which one can't predict. If you have strength to survive even in the toughest phase of the life then you are a real warrior. I mean up or down is a part of life. “Get busy living or get busy dying.” That's the choice which one has to make. Life has turned in an unexpected way for everyone on this earth. Everyone lives were affected because of Covid-19. Everyone had discussed the situation of every person who got affected but none had mentioned about the future generation i.e. students. Well the girl name is Bhanu. She is a final year student who didn't had any idea how her life was going to change. She is a little carefree, honest, hardworking and kind person. Her daily routine starts like a normal person waking up at 5.30, doing exercise, attending classes, spending quality time with her friends in hostel like by playing cards, by hearing out each other, by celebrating festivals like Holi, Lohri, Christmas. Once she had played a prank on her junior. She with the help of her friend Kajal executes the plan. That junior had feelings for a girl from Bhanu's Department. Bhanu saved her friend's number with his crush name. They both talked as if a senior which is not less than a friend now is talking with another friend. Bhanu said that Amar has feelings for you and he is a really nice person. To this Ana (actually Kajal) replied that I also have feelings for him. I also want to tell this to him. Bhanu took the screenshot of this and shared it with Amar. She convinced him strongly that it is the truth. That night Bhanu had a sound sleep but Amar was so restless, excited and nervous that he couldn't sleep for the single moment. He came to know that it was a prank the very next morning. All laughed a lot on him. Amar also laughed with all three. That's the bond they all four of them shares with each other. The fourth member of the group is Akbar. When the Lockdown started her life has changed completely. From student's point of view her future seems to be at the edge of cliff. She had lost the golden opportunity of being the volunteer in National Science Exhibition. She also couldn't clear the entrance for which she was preparing for past 4 months. Both the things happened on the same day. Obviously, any student would feel demotivated than lockdown started. Life seems to be more challenging to her now. She was now at her home with her family. Earlier her mornings were all about work-out. But now she plays badminton with her father. Most of the time she loses but sometimes she does win from her father. Her father teases her a lot about it and she smiles a lot on it. That's the bond between a daughter and a father. Earlier she used to get ready for classes now she is with her mother in the kitchen. Afternoons in the hostel were sharing lunch with friends but now she eats with her family. In the evening she used to go to guitar class with her friend and then for an evening walk in the ground. But now she just keeps on seeing her surroundings how the things had changed a lot. Sometimes she keeps on staring the beauty of Moon. After spending quality time with her family, talking to her childhood friends on phone and giving some time to herself. She came to know that Covid-19 is a blessing in disguise. She has regained her lost confidence. Everyone wants to secure their future but the action which one takes makes the all difference. Its not like she had achieved something big during lockdown. But the steps she took will definitely makes the difference. After all "Rome wasn't built in a day." She started writing again. She had started giving time to drawing also along with the photography. She tried to enhanced her skill to a next level during this Quarantine period. She sometimes misses her guitar which she used to play with her hostel friend. She started attending some webinars of her interest. She had also completed some of the courses. She won't be able to do all this if she didn't have plenty of time in her hands. She had learned her lessons from the situation. The most crucial lesson which 2020 had taught her and each person out there is to keep on appreciating the loved ones while they are with us. She also had learned that every situation is a door to a new opportunity. That's how a final year student deal with the situation. Sometimes life is not about profit or loss. It is more than that. I wish a very happy and a bright future to Bhanu. I hope just like Bhanu everyone out their find their path. Lastly live the life to the fullest as “Time once gone cannot be recorded.” 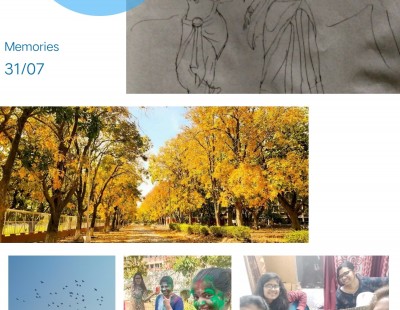 Dubai- The City Of Dreams 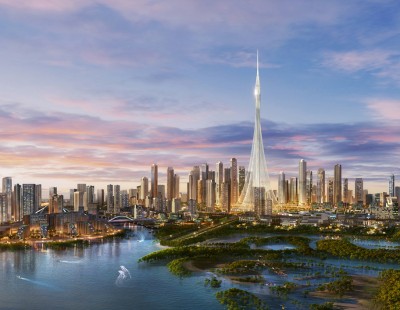 The Secret To Life 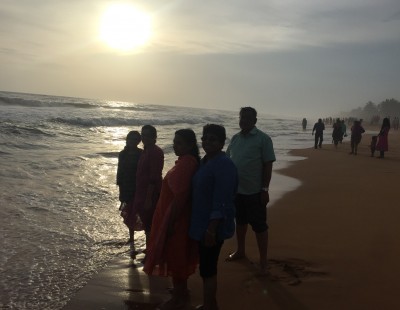