The Old Guy Next Door

This is a story about an old guy who was my next door neighbor some years back, and it all happened in my home town Asmara, Eritrea. Oh, Eritrea is a beautiful small country in East Africa, don't let anybody tell you different. This guy lived alone in his house, his wife passed away few years ahead of him, his children all of them married, they visited him from time to time and he had a nurse that took care of him during the day, and somehow I was the closest person to him on his final days. This is a very odd story, even for me and I am a very odd person. Like I said we were close, I checked upon him, we chat every night before I get home, he was a cool guy and I learned a lot from him. Little did I know the strangest lesson I be getting from him is after he passed. So one night, very late at night he calls me and asked me to take him to a hospital, this was normal to me, sometimes he gets very sick at night and I take him to an emergency. So I got up very sleepy trying to find my pants in the dark, few moments after the first call, second call comes by. And I picked the phone and said " I'm up I'm coming", but I heard a girl voice, and she said "Dont worry I'll take him with me tonight, go back to sleep" she said, and I asked who is this, and she said " it's Merry " , I said okey ' it must be the nurse I thought' and I went back to sleep. So the next morning I went to his house to check upon him, I rang and knocked on his door but nobody opened. He still must be at the hospital I said to myself and decided to check upon him later at night so I went to do my business anyways. But he still hasn't returned that night, so I promised to visit him at the hospital the next day if he hasn't got back by morning. Again nobody was at the house, so I went to the hospital and asked his doctor where he is, the hospital told me he was never admitted that week, it was at that moment I realized something had gone wrong. So I went to the police department and explained everything to them. They sent me with their officers to check upon the old guy, we broke in to his house and found him sleeping peacefully on his bed holding a picture frame in his hand. Yes he was dead. I was confused, I told the police the nurse said she's gonna take him to the hospital, but the nurse said she was never there at night, like me she came the next morning but nobody could open the door and she went back. And then I thought, did my mind played a dirty trick that night, that I stood up the old guy so that I could go back to sleep and made up the second call just to sleep, but then I checked my phone there was a second call, I couldn't explain what happened, someone was there with him, and the police said every door of the house was locked from inside, there was no break in, they said no one was there with him. So the next day at his funeral, his family,his children all gathered at the house paying their respect, and I saw one of his son's starring at a picture frame, so I went to him and told him that we found him holding that picture frame, and he told me " Ya, my father never got over about our little sister death", I said " what I thought that was the picture of his wife?!" I asked, he said " no that's Merry, his youngest daughter, she passed away when she was Eleven," and I said " I'm sorry to hear that I didn't know" and then he said " you say he was holding her picture when you found him, " I said " yes" then he faced me and said, " well I guess Merry finally took him for good this time " and walked away. 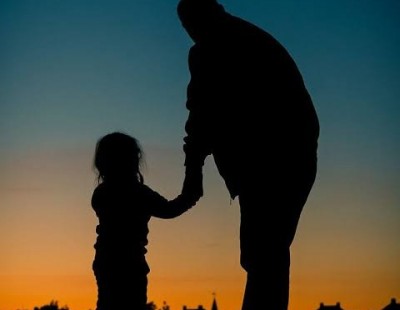 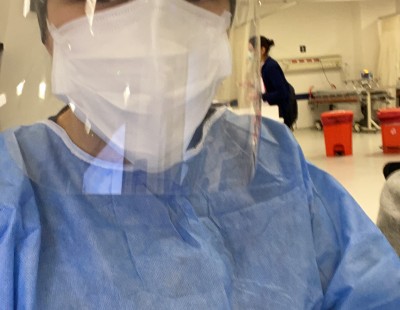 Heroes Of The Pandemic 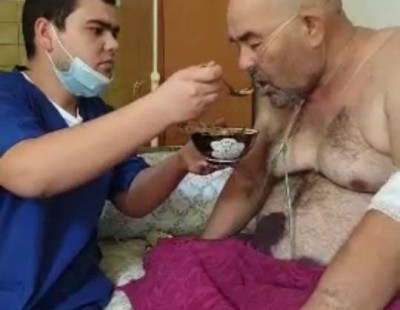