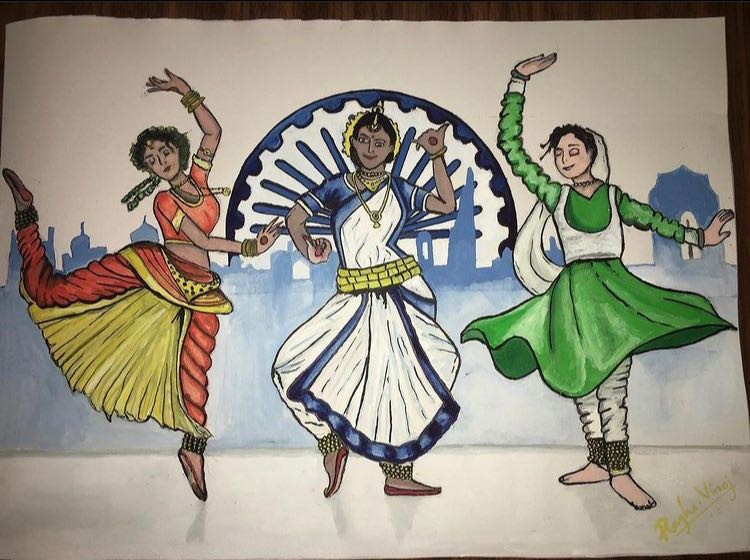 The first time I heard the term “Unity in diversity” was in school. It was my class teacher's favorite topic for essay writing. Every time I wrote on this topic, I fell more and more in love with my country. Being brought up in Mumbai my interest in learning new languages was kindled due to my classmates who belonged to different states and hence spoke in different mother tongues. For independence day functions we were each asked to dress up in our native wear and bring our native special delicacies. I remember the enthusiasm with which each of us used to open our dabbas (lunchboxes) and be excited to try the food that other kids had brought. Later on, normal school days brought special requests for a certain dish that we loved but our mom's didn't know to make. When I was in 6th grade due to an official trip my family had to stay in Germany for 3 months...since I was missing school it was decided that I should study at a local school to learn something about the german culture and also possibly make some friends rather than sit at home. As I made new friends in the school I soon realized that for those kids and the teachers my state,my religion, my caste didn't matter...to them everything I did represented India...every action of mine would shape up as the image of an Indian. The whole experience was wonderful and instilled a sense of pride. Soon we where back in India and I had to catch up on the algebra that I had missed. As I grew, my interest for reading grew because my amma used to always wake me up with krishna stories. As a kid who obviously didn't want to get up early, the easiest way to wake me up used to be the statement,” Molu you know what krishna did....” and I would be all up and jumping up and down to hear the latest prank pulled by krishna. In school we were taught that India was a land of different religions. Since I had already heard and read most of the hindu mythology ...my interest in reading about other religions grew. During college days, we friends used to discuss about various religions because now the collection was of people with different religions which made me realize that many a times the stories where similar...I agree there where differences but there where some major similarities in the stories and that made me fall even deeper in love with India for housing such diverse people together who wouldnt have been a part of my life, had I not been born in this country. I still remember in Grade 11, when my family moved to UAE, as our flight landed and I walked out... seeing the foreign faces made me panic and wonder how would I make it here... I realized that my world had changed...I mean it was not about knowing the people...it was more about the familarity of seeing Indian features. It was then that I realized that walking along the Indian streets I never panicked like this because even though the faces where unknown they had Indian features...it felt like home, safe, like if I ever needed their help they would be at my side.Obviously, soon even UAE felt like home to me, it opened me to country where people of different nationalities stayed together and here once again I was an Indian, everything else was either secondary or unimportant to the people. Later on, I moved to Kerala for college and then Gujarat for work. In each of these phases of my life, I have lived in a completely different state with a new set of people but have never felt the same sense of panic again. I have quite easily settled down in each of these places because of the people, who though intially where a bit hesitant but soon made me a part of their lives. Today when I am away from my family, missing them badly, tiny gestures of kindness of my friends, colleages like inviting me to meet their families and have dinner, sharing their home made food makes this pandemic time a tad bit easier. Though sometimes I do get upset by how our society starts focusing on the differences, I will always believe that every Indian, or rather every individual is a part of my family. Lets be the change that we want to see in the world around us.

Fear Of Unknown And Coping 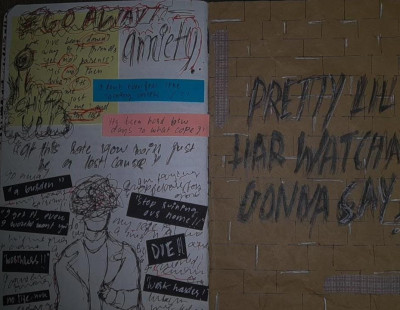 Accept A Challenge. Adapt. Be Persistent. 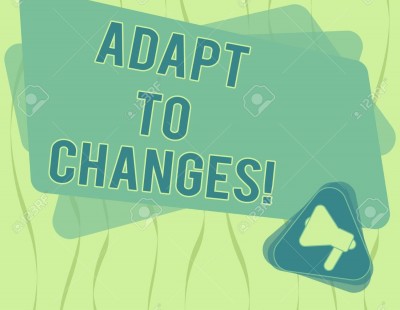 10 Benefits That Writing Gives You How Writing Makes You Happier, Smarter, and More Persuasive How to write a great bio to build your brand