“Where do you want to go”? I took my time and answered, “I'll go to hell and heaven”. The Horses said to me “Well, good choice. But you need to do five bad deeds and one good deed.” I was a little surprised to hear that. I thought for a little while and said, “Roger that!” After hearing that, the Horses gave a smile which was very hard to distinguish from good to bad and then off they flew to the sky. Later that night I planned my good and bad deeds— I shall donate some money to one poor, which I think will be counted as a good deed. I will add extra salt to my grandma's food and finally, lie to my mother. I will do this much. The Horses will not understand anything. The following day I waited nervously to do all the work that were planned and took preparation for the huge journey. Afterwards, my arriving day came. The Horses landed on our backyard and the first thing they told me was— “You did only two bad deeds so you'll be able to see half of the hell”. Hearing this, I was completely awestruck and mumbled, “How did you know this?” “We see and hear everything. Let's not waste our time here now; get on the carriage.” I got on to the carriage and in no time it started to fly with invisible wings. Our first destination was the Inferno. The first thing I saw when I entered the Inferno was blazing lava popping all and everywhere and the temperature would be I think unfathomable. At the same time, a very hot breeze blew all over the place. The sky was dark red with black fluffy clouds. People were trying to escape from the lava but there's no land so they could not go anywhere. Next I entered another part of the hell. Reportedly, this part of the hell was booked for the liars. They were forced to talk incessantly; if they stopped talking their whole face will be cut brutally. Again their face and body will be reunited and the punishment will start again. This process will continue till he is forgiven by God. Afterward I went to the section in which the cheaters were preserved. They were banging their head against hardest of the stones which had sharp edges, a rough body and a dark color, after seeing which even the bravest man will cry and finish all his tears. As I went to enter the next place, the Horses came and blocked me saying “You did only two wicked work so you shall see only two sections of the Inferno and that is already done, now let's go to paradise.” The first thing that came to my mind when I entered the paradise was that the paradise was better than my gaming room. I always thought that my gaming room was better than paradise. The Horses told me the heaven will evolve in anything I want but I cannot wish anything in here because I'm here only on a visit. But the heaven was beautifully full of green with trees full of ripen fruits, waterfalls and rivers. The sky was an azure blue with floating altostratus clouds. Sweet and cold breeze blew inside and out all over that place with beautiful birds which doesn't exist on earth. It was completely different from our ‘beloved' earth. Later the Horses came to take me but this time they were looking devilish. They brought two human-like animals, which were like human but not human. They had the body of a human but they were furry like pandas, they had red eyes, orange colored hair, their whole body was a little bit purple and their nails were big. They were very spooky. The Horses told, “Let's go home, little buddy!” And so I got on the same carriage. The carriage started move. The two human-like animals were sitting beside me and when we were before the Inferno, the carriage came to a halt and the two animals held my two hands rather violently. I was stupefied to see that and exclaimed, “What are you doing?” My eyes were full of questions at that time and I knew that something was wrong. They didn't answer me but seconds later without any sound they threw me into the inescapable and most horrifying place— the Inferno. I was falling and time became slow for me. I saw the Horses and the two human like animals laughing wildly. The Horses' eyes became blood red. They screamed, “You enjoyed a lot, now you shall have the taste of the Inferno and later when you die you can see the heaven again! HAHAHAHAHA” My heart broke into millions and millions of pieces. I slowly began descending into the scorching lava. I was able to feel my blood, which was boiling inside my body. My stomach churned into an excruciating pain. I fell deep into the lava. I tried desperately to pull out from the menace only to find myself on my pleasant king sized bed. I was completely drenched with sweat. The alarm started to ring and I had to go to school. And for the first time in entire life I was happy and a little bit eager about going to school because I needed to get that damn dream out of my mind. You look for Paradise all over the place, Run away from Hell—The Great Menace But ponder deep into your Mind Because that's where Heaven and Hell dwells. 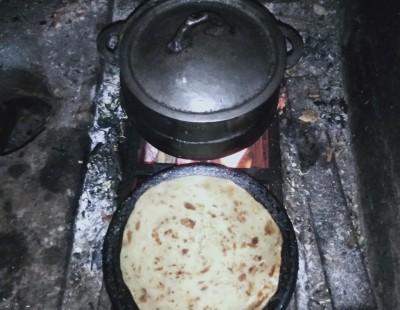 I Found Purpose. I Found Me. 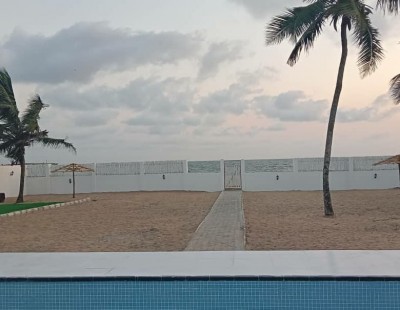