Jalyn White is a junior at Salem High School and is currently in the Academy Magnet Program for theater. Throughout her primary education, Jalyn has received many awards and recognitions, her most significant being the Kiwanis Club Award Female Recipient in 2016, recognizing her outstanding achievement both inside and outside of the classroom. Additionally, she was an active member of the Emerging Young Leaders Program, the National Junior Honor Society, the Drama Club, and the OLWEUS Anti-Bullying Anti-Bullying Committee. In the summer of 2016, she was accepted into the James Madison University Female Institute for Learning and Development. She was also accepted in the summer of 2017. In October of 2018, Jalyn and 4 of her peers participated in the 1st Annual Proteus Festival hosted by the Zeiders American Dream Theatre. Her original devised piece won first in the Theater category, and her group will be invited back as a featured guest next year. Furthermore, in November 2018, Jalyn played a key role in the production of the VPAA Fall Mainstage Play Oliver! The Musical by serving as the Props Lead, the Projection Designer, and a member of the backstage crew. Following the production, she served as Stage Manager for the VHSL One Act Play Our Place, which won 1st place in the VHSL Sectionals, Regionals, then placed 5th in the state of Virginia. After a short break, she was cast in the Senior One Acts, most commonly known to students as “Fringe Festival”. Moreover, Jalyn has been a member of the Student Cooperative Association (SCA) Executive Council since her sophomore year in high school. In this organization, she currently serves as the General Assembly chairperson for the Membership committee. In addition, Jalyn serves as co-chair of the Spring Carnival Committee on the Class of 2020 Executive Council. After high school, Jalyn plans on attending a four year college, then medical school to pursue her dream as an orthopedic surgeon. 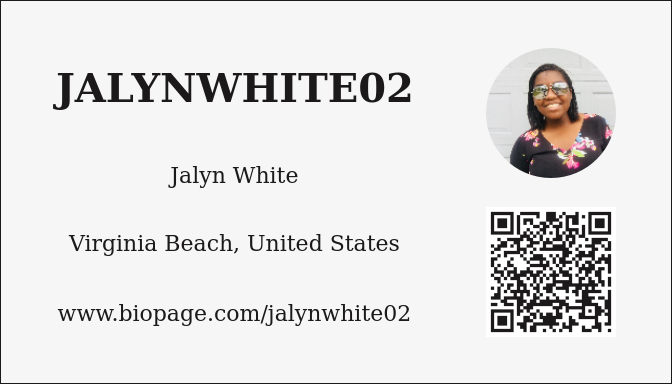 Daily Life As A Medical Student

Various leadership skills are professionalism, communication, cooperation, and the ability to empathize. Modern medicine is extraordinarily diverse, and it is always developing and changing, so it is important to always be prepared. To begin the day, the attending physician would call a meeting with a number of medical students, interns, and residents in order to ascertain who would be presenting the cases. To ensure that a medical student is prepared, they should introduce themself to the involved nursing staff, and ask if there were any changes overnight that the team needed to be aware of. This displays strong professionalism, and a medical student should start this exposure and establish a positive relationship early. A medical student should use effective communication skills to pass on information to the patient, his/her family, and other team members. Greeting and introducing oneself to the patient and his/her family is greatly encouraged, and the presenter should use proper speaking techniques: projection, enunciation, good posture, and eye contact while presenting. Following rounds, a student may be asked to come up with a plan for further action, and they should work with his/her colleagues to provide a solution. A number of people may argue that it is the job of the students to provide a solution by themselves, but they do not know everything. The wonderful thing about medicine today is that you have staff members coming from different places where they have unique academic experiences, which ultimately advances the welfare of the system. As a medical student, it is very important to remember that the patient is a person, not a disease. Although we live in a culturally diverse society, a connection needs to be established in order to ensure a trusting relationship. In an effort to be patient-centered in this practice, staff members should explain the proposed plan of care with the patient and family and allow them space to ask questions. There is no “moral procedure” when sharing information, but there needs to be a shift in demeanor; however, a promise should never be made, no matter what. Promises are misguided hope, and there almost needs to be a small emotional disconnect. In other words, a health care provider needs to show concern and that he/she wants what is best for the patient, but there cannot be a detrimentally strong attachment. Furthermore, a patient may seek help from an outside specialist, and this is where we encounter interdisciplinary rounds. When rounding on these cases, one should converse with them and obtain any information that would be relevant to the medical case. In order to excel in contemporary medicine, medical students must always be prepared by possessing the necessary leadership skills. They must know how to maintain professional composure, effectively communicate information, work with other staff members, and empathize without attachment. These concepts fuse to produce a favorable outcome that will positively affect others across the globe.

A Flaw Calls For Solidarity 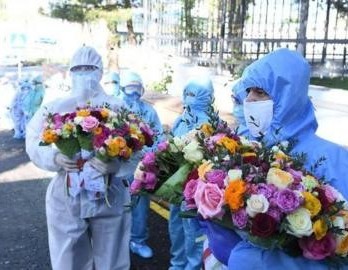