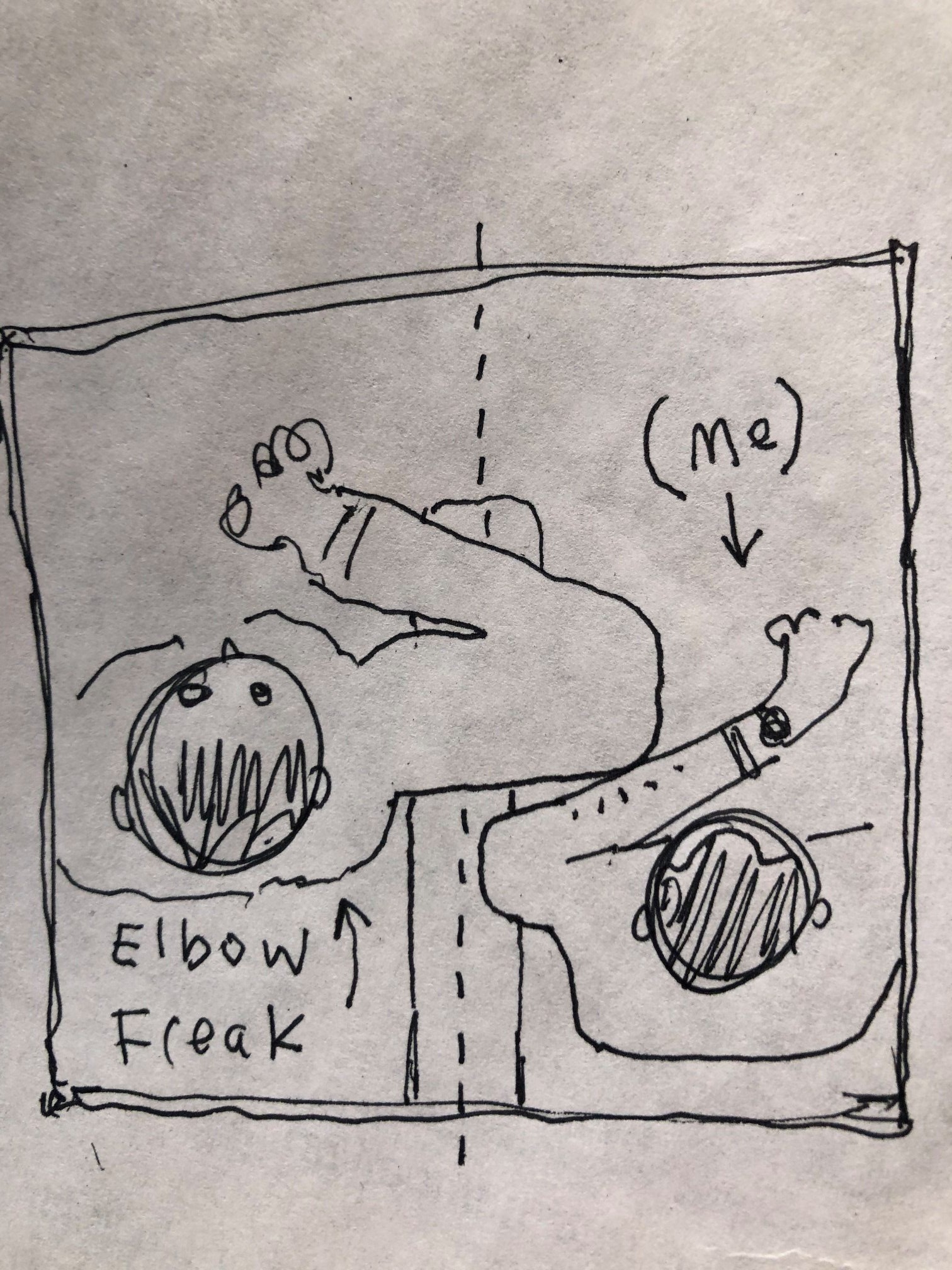 On the last leg of my journey last week on Delta Airlines, I was seated next to a freak of nature. I've named him Elbowey McElbowson. I initially took my normal, polite (small) portion of the shared armrest between us and settled in for the flight. I, of course, was observing the invisible line (see picture) that delineates my personal space, and the logical area I had paid for: "my" seat. My row companion, "Elbowey" apparently had other ideas. Not two minutes later, before we even took flight, and to my abject horror, I felt a meaty elbow slide over and back. At this physical intrusion, I nudged my modest appendage just enough to register my objection to this invasion in the hopes of some relief from the discomfort of his clear violation into my comfort zone. However, Mr. McElbowson apparently was not concerned about my presence. YIKES! This intrusion only got worse as the minutes ticked by. Mental confusion and a weary rage filled my mind, as you can imagine my dilemma. This intrusion only got more severe, to the point I eventually just gave up the space. Not in the mood to tussle with this rabid space taker, I removed my modest body part from the hot zone and spent the rest of the (thankfully short) flight with my whole arm suspended away from this sweaty hulk of human. My torso was hanging out into the aisle as much as humanly possible much to the chagrin of the flight attendants, who cautioned me several times to watch out for the drink cart as it was pushed past this depraved scene. I wonder in hindsight, if this was just another example of the adage we are taught early in life, that says "nice guys finish last". As many times as I am reminded of that, I still adhere to a polite practice of another adage: "do unto others"... and continue to do so much to my disadvantage. Oh well. Here's to Elbowey McElbowson, scourge of row 17 on Delta flight 209 from Seattle to Salt Lake. Maybe next time he will encounter an even beefier and rude neighbor who will dish out an even sweatier and meatier elbow right back over the dotted line. Me, I will continue to be polite to my fellow humans, DRAT you my good nature! 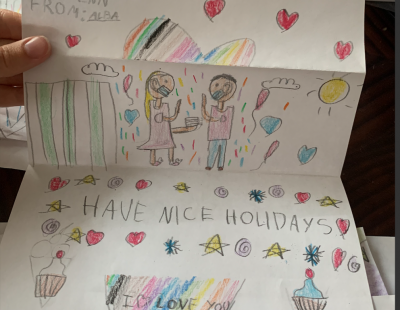 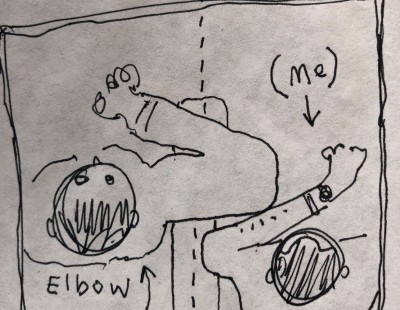