My name is Rebecca and I am an English student at BYU-Idaho. I love to write poetry, fiction, and nonfiction. I am happily married to my best friend and we have a little boy. My husband and I are both from Arizona, but we currently live in Idaho. We love spending time outdoors going for walks, hiking, having picnics, swimming, and camping. I am also a member of the Church of Jesus Christ of Latter-day Saints.

My Tribute to Emily Dickinson

I don't know remember exactly when and how it started. Perhaps it never had a beginning but had always been a part of my soul. Books had captured my attention since infancy and stories lived on my tongue from the moment I could string a sentence together. The exact day I began jotting down poems in my school notebooks, doesn't matter. I was only releasing the steady current of words from my mind and watching them trail across the paper as they came to life. I can't recall how old I was turning the birthday that I received one of my favorite gifts. My grandma had given me a collection of poems by Emily Dickinson. I had never heard her name before, but her words would lead me deeper into the literary world. I was young and couldn't understand every poem, but I often got lost in that thick book as Emily taught me her own rules about grammar, romance, and life. As an English major, I would later learn a lot more about the immortalized poet. I wondered about her life in her room, peering from her window. Did she know what impact her words would have on the world? Who would have guessed that a recluse would play such a big role in helping a little girl grow in her love for writing and reading poetry? When studying Emily in college, I felt as though I was being reunited with an old friend. The taste of her words on my tongue brought back the musty smell of the book pressed against my face as I laid on the floor of my childhood room. Long before her words had really made much sense to me, they had awoken the poet inside. Not a skilled poet by any means, but a poet who understood the depth of life by giving breath to her thoughts, concerns, joys, and fears. Like the poets of English classes and beloved anthologies, my poetry was a showcase of growth and the evolution of a woman. They started out as descriptions of nature sceneries from the eyes of a child living in the suburbs. As an early teen, they grappled with life and the confusions of adolescence. When waves of depression came, my poems matured and darkened with themes of death, suicide, and a heartbreaking desire to be loved and understood. I continued to grow, and my poems became museum exhibits of old loves. As I became a wife and mother, they talked about the struggles and joys of marriage and motherhood, supporting me during the hard days and preserving the beautiful ones. I will forever be in debt to the shut-in who opened me to the world of poetry. The woman who opened her mind so that other could see what she saw from her bedroom window. The writer who planted seeds of inspiration. I wonder if she's wandered through the gallery of my poems. Did she too witness the evolution of a girl to a woman through words? Was she able to see traces of herself in my works; able to trace my progress back to the anthology of her works, that sat near my bed for many years? I will watch my poetry continue to evolve as I do. It will carry the years, hardships, and blessings of my life until we are buried together. While my poems may not be analyzed in lecture halls or studied by scholars, they once lived, and that's enough for me. They lived because Emily awoke them within me, and together we breathed life into their lungs. 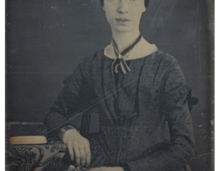 The Camel And Giraffe. ( Kids Story) 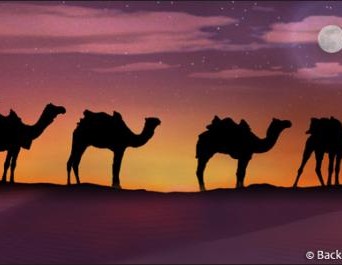 Market yourself with a professional bio The resume is dead, the bio is king The passion and beauty of writing