Writer and student of life.

Hope once owned a blog she brilliantly named, 'Your Ordinary Girl'. She has since stopped writing on there and reverted to her journal.

She hopes to one day write a children's book; a fairly recent dream but she is adamant on achieving it.

A relatively recent graduate and currently a Research assistant with a degree in journalism, she is still trying to find her 'thing', while looking for any excuse to write. 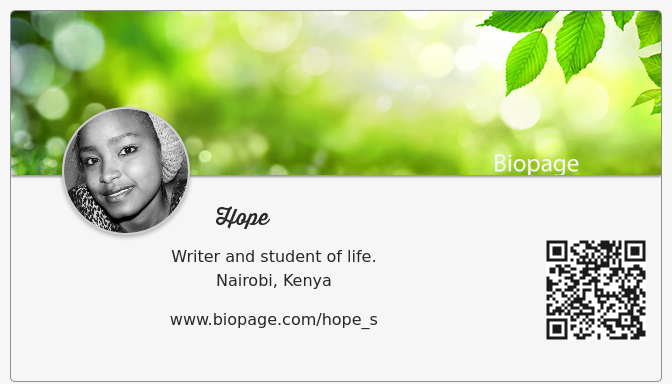 I can't say it was the worst day of my life but by all accounts, it was the scariest. Before that, it was an ordinary day. I was home from school for the holidays. I spent almost the whole day at my neighbor's house talking about everything, played with my nephew, and caught up with some old childhood friends. I walked back home with my dog come evening and greeted my parents who were sitting outside watching the sun set like they always do. Brown, my dog, sat by mum's feet as I proceeded inside to do some evening chores, only mum had done them all. No work for me! I rejoiced and sat down to browse on my phone. It was not unusual for the house to be this quiet but, what was unusual; was for mum and dad to sit together without any form of conversation. Not about the weather or Brown or the usual old couple bickering. My sister, who is a couple years older than I am, is a positive person. She sees the best in every situation no matter how grim; up until the day my mother mentioned that she's going to have a mammogram. Now, forgive my ignorance as I had no clue what that was. In between serving myself supper, I nonchalantly asked, “what's that?” “A mammogram?”. Even before I could say yes, she continued in Swahili, which translated, went something like, “You see, I have been having these pains on my left breast. I've ignored it for close to a year now. Over the past two months, the pain became increasingly unbearable.” This whole time, it doesn't hit me, Cancer! As I devoured my supper scooping food from the edge of the plate, I asked her how exactly a mammogram works. She began to tell me before she could finish I interrupt her and comment, “weren't you supposed to have your eyeballs removed last month?” Everybody at the dinner table, including mum laughs. My dad, then interrupts saying, “no, those were her pupils, I think, or was it Iris?”, hysterics again! But my brother then reminds us that she never actually went through with it because God intervened, even more giggling. Mum then says, "No, they just wanted to add more gel in my eyes because the one I had just didn't cut it. Although, when I went for my final check-up before surgery, they said I no longer needed it." “So", " I interjected, “why don't we ignore the mammogram maybe the pain will disappear?” My sister retorts, “you're sick, Hope!” “What?” I shrugged, “it has worked before, anyway mum, is it like an X-ray? What are they looking at?" "Not what they are looking at but what they are looking for." “What?" My brother yelled from the sink, "Cancer!" and then came the proverbial pin-drop silence. She peeked through the kitchen window, “why isn't anybody talking?" I lift my head from my plate and look at her with the hope that she is joking; she was dead serious. The expressionless face she gave me when I brought not very great grades from my first year of university. I repeated in what seemed like slow motion to me, Cancer? And, without breaking my gaze, I said, "you can't have cancer.” I pick up my half-eaten plate, and leave for the kitchen. I could feel the ground spin beneath my feet. Immediately my mind goes to our neighbor whose mother had died of breast cancer a few years prior. How she painfully explained her mother's pain up until her final moments. How she wished and cried to God that she could take away her pain. It's one thing to know that we are going to die eventually. It's another to have a timeline stamped on it and given their finances and level of medical care, she knew the time would be cut in half. Even from an outsider's perspective, it was the worst experience. I pictured life without a mother, for the first time, I contemplated having kids soon so she can get to meet her grand kids. Before I could spiral any further, mum reminded us it's just a test and it could be negative. If that's the case, we had nothing to worry about Not me, because a few months later when she finally decided to have the mammogram she had me pick up the results. Instructed me to open them and give her the feedback; good or bad. Probably the worst comparison but it felt like receiving my results back in Primary school, heart racing, sweating, shaking, everything. Walking out of the Doctor's office with the huge brown envelope that a nurse handed to me like it was routine for her; it was, gave me a half-smile, and wished me a good day. I wondered how that day could ever be good. On my way into the office, with a concerned look on her face my supervisor asks me, “what's wrong?” “Nothing," I whispered back clearly distracted, "then why does your face look like that," "like how?”, “what's that you are holding?” and without thinking twice, I say, “my mum's cancer results." She let me go to my seat, a few minutes later, I'm aggressively punching into the keyboard, "What's the difference between malignant and Benign tumors." 0.33 seconds later it says, malignant-dangerous, benign, not so much and mom's were benign. I walked out to finally get lunch. 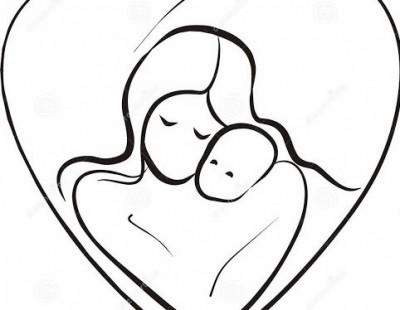 Every Man Dies. Not Every Man Lives. 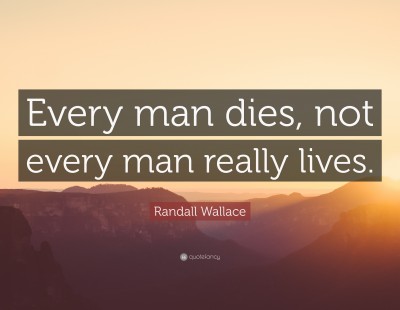 Nothing Is As Still As Death 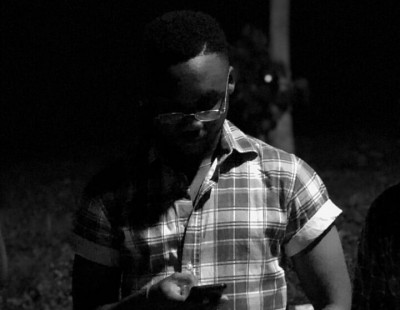 The passion and beauty of writing How to Write a Book and Get It Published Encourage Writing: National Writing Project (NWP)