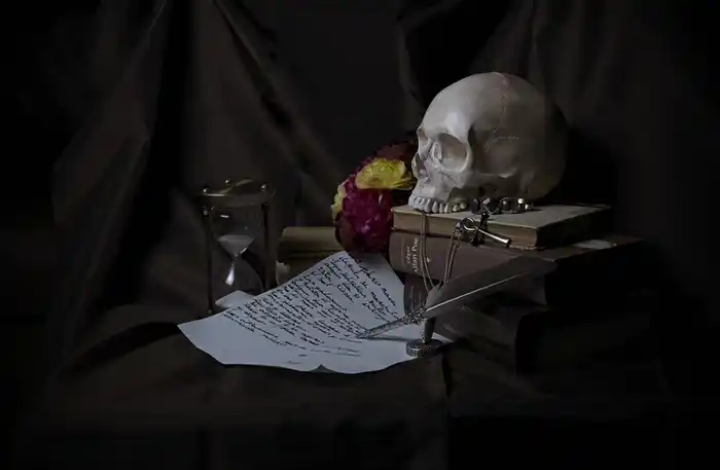 I met a lady who shook hands with death and survived to tell the tale of her horror in the hands of a group of highway robbers. She narrowly escaped the afterlife with just scars to show for her near death experience. As she narrated her story which transpired when she was travelling to another state for her sister's wedding ceremony happening that weekend, I felt intrigued by her statement "At The Point Of Death, Nothing Else Matters". It made no sense to me why she would have such utterance on her lips, there are a lot of things that should run through our minds and hearts at such critical points in our lives but she insisted that it wasn't true and just a fictitious lie we tell ourselves to help us feel like we are not selfish not to care about everything we are living behind. She and others who were her co-occupants in the bus ran for 3 hours straight in a forest that was unknown to them. They were barefoot, their skin and clothes torn by sharp forest plants, their breathing raggard but low, making them speak in whispers and taking short breaths, least their assailants may hear them. She stood up and limped to the wash basin where she was to rinse the relaxer off her hair and I could feel the extent of the pain she was in but also her gratitude that she was alive to feel pain instead of lifeless in a coffin preparing for the journey of six feet and beyond. With a sigh, she kept narrating to the stylist and everyone who cared to listen to what happened next. They eventually arrived at a village after exiting the bushes and the villages gave them water to quench their thirst and seats to rest their exhausted bodies. When asked by the villagers what happened to them and why they were so many in the bushes, the only male who still had his shoes on because it was a sneakers volunteered to explain to them. They had gotten to a particular location that divided the two states and had met a slight hold up as buses weren't moving forward.  Since they had to change lanes because of an accident that occured on the highway the night before, they were travelling on a  narrow path that will lead them safely out of the accident zone and connect them to the nearest route to continue their journey, they didn't anticipate any incident and weren't prepared for the assault.  Their saving grace was the quick thinking of the driver when he noticed that all the buses were empty and slammed on the brakes. He raised the alarm for everyone to alight and the sneakers guy who happened to be sitting close to the doors, pushed it open and everyone came down hurriedly. Noticing that their plan of attack may soon fail, the robbers jumped out of the bushes with cutlasses and guns and clubs ready to mutilate and kill as well as instill terror and pain on their unsuspecting victims. Immediately the ruckus started, everyone took off for their dear life amidst screams and sounds of scattered feets everywhere. That was when she tore her skin against a tree branch but barely noticed as she ran for dear life. Sighing very deeply, she told the stylist and her friends that she never once thought about her family, friends, work, money or fiancee because her whole being was channeled towards connecting with her maker on a personal level. She said, it was at the point where she thought her life was over that she knew nothing else mattered except herself and her maker. Even on the run, when death was staring at her in the face and she was unsure if she would even make it till nightfall, she was very sure that she owed those final moments to her supreme maker. In her word's "Forget all of these things we watch and preach to ourselves about how our last days will be because when the time comes, you will see and feel no one but his Almighty presence surrounding you". She didn't die that day and has the scars on her body and in her mind to remind her of it but she swears that the encounter radically changed her mindset. What bothers me is how true this is.. Being human means we have ties to this world, our families, friends, partners, businesses and vocations that we feel highly attached to and assume that we would be spared one last moment with all of them before we leave this earth. Unfortunately we are ultimately selfish during our last moment, seeking reconciliation and peace with the supreme being, asking for mercy and forgiveness upon our eering souls and praying to be granted eternal rest. In the end, nothing else matters but You and Your Maker.