Peter is well educated. He graduated, Magna Cum Laude, with a Bachelor of Arts degree in Government and History , from King's College in Wilkes-Barre Pennsylvania. He obtained his Master of Arts degree in Government and Politics from Georgetown University. He completed many after hours courses while working for the Federal Government, and received a Diploma in National Security Studies from the Naval War College. He understands how government works in theory and in the real world. Peter is a freelance writer form Wilkes-Barre Pennsylvania. He has served in government and been writing all of his adult life. He has published hundreds of articles in government documents, magazines, newspapers, and on the Internet. He has received praise, accolades, and awards for his writing including a ribbon for his achievements while writing for Yahoo. The United States is divided in half along ideological lines. Peter is a peacemaker who brings people together by writing about the great ideas which both sides bring to the table. 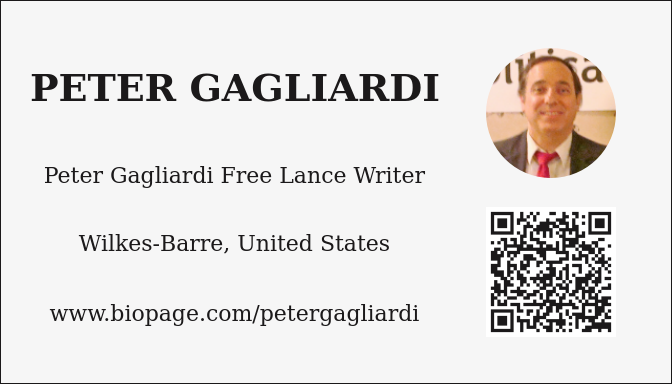 Courtesy Of The Carter Photo Gallery I Love Great Books as they enlighten me and this is where I get my greatest insights. This is an article about the greatest book I have ever read about the miracle at Camp David, and the fine art of peacemaking. The book is entitled Thirteen Days, Carter, Begin, and Sadat at Camp David by Lawrence Wright. I have a Master's Degree in Government and Politics and I learned more about diplomacy and peacemaking from this book than I did in all my years as a student. You can have the same success by reading great books at the library. Wright's book displays the principles of diplomacy and peacemaking that can be used to peacefully resolve any conflict. These principles can also be used to resolve the conflicts in your life. Here are the universal principles of diplomacy and peacemaking: 1. Peace Is Always Possible When President Carter came into office, the consensus at the time was that peace between Israel and her Arab neighbors was impossible. President Carter was the only known major leader in his generation who believed real peace was possible and he pursued it with great vigor and determination as he believed God Himself wanted him to bring peace to the Middle East. 2. Chose a Peaceful Environment President Carter chose Camp David as it is isolated, peaceful, close to nature, and would encourage people to leave their grudges behind. 3. Be Willing To Make Sacrifices For Peace Carter, Begin, and Sadat were willing to pay the price for peace. President Carter risked his presidency. President Sadat gave up Egypt's traditional role as leader of the Arab world as the peace treaty was widely opposed in the Arab world. Prime Minister Begin put Israel's security on the line as he gave up the entire Sinai Peninsula, a strategically important piece of real estate, to make peace with Egypt. 4. Know the People Involved in the Conflict President Carter studied and understood President Sadat and Prime Minister Begin and that made it possible to negotiate the peace treaty. President Carter studied a thick briefing book that the government compiled. Carter's understanding of Prime Minister Begin made peace with Israel possible. The Camp David conference was beginning to conclude on the thirteenth day and there was no final agreement as Prime Minister Begin was holding out. President Carter knew that his grandchildren meant the world to him, and he used this to his advantage. President Carter had a batch of photographs for the three leaders to sign, and they were to be souvenirs for Begin's grandchildren. Carter signed each photograph with the inscription "with love" and wrote the name of each grandchild on the photos. Begin was sitting on the porch in great anguish because the negotiations had failed. When Carter approached him Begin simply wanted to dismiss Carter. Carter handed Begin the photos and he noticed that he had signed the top photograph with the child's name on it. For example, the signing read "To Ayelet." Begin was moved by Carter's display of human kindness and compassion and he froze as he read the names of the grandchildren on the photos. One by one he read the children's names and Begin began to cry. Begin invited Carter into the cabin and suddenly Begin was friendly. Begin changed his mind and accepted the agreement. 5. Be Flexible President Carter wanted a comprehensive peace treaty. When this proved impossible, Carter lessened his goal to a separate peace between Israel and Egypt. 6. Know Your Proper Role Frequently, a peacemaker can be successful simply by being a facilitator or mediator. This is not always possible, and then the peacemaker must play a larger role and become a catalyst. This requires the peacemaker to get personally involved in the conflict and present specific proposals to resolve the issues. Begin and Sadat could not make any progress by talking to each other, so President Carter had to play a much larger role. President Carter became a catalyst for peace and began presenting specific proposals to solve the issues. President Carter used the one-text procedure which is based on a simple concept. As the catalyst, President Carter wrote the basic document or peace treaty and then asked each side for their response. Issues that are not contested are considered agreed upon. Those that are contested are then dealt with by continually narrowing the differences. When each side finally agrees on an issue, that issue is considered complete. The key is that as the catalyst, President Carter controlled the document. When the contenting parties hit a stalemate and could not agree, President Carter proposed new ideas and new language. Issues that would lead to war and economic ruin in the Middle East were resolved. 7. Be Persistent It took thirteen arduous days to negotiate this agreement, and there were plenty of opportunities to give up. Carter pursued peace until he finally had an agreement. 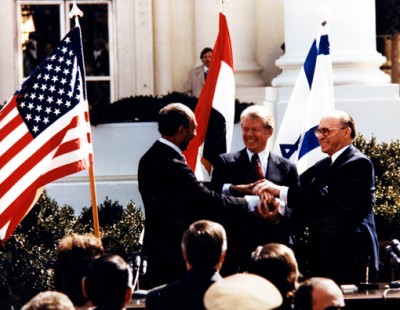 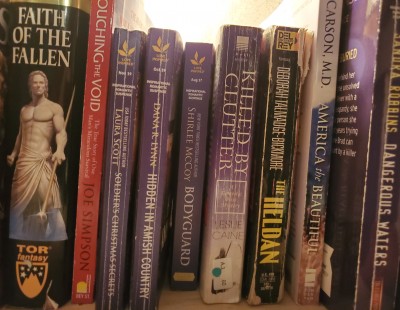